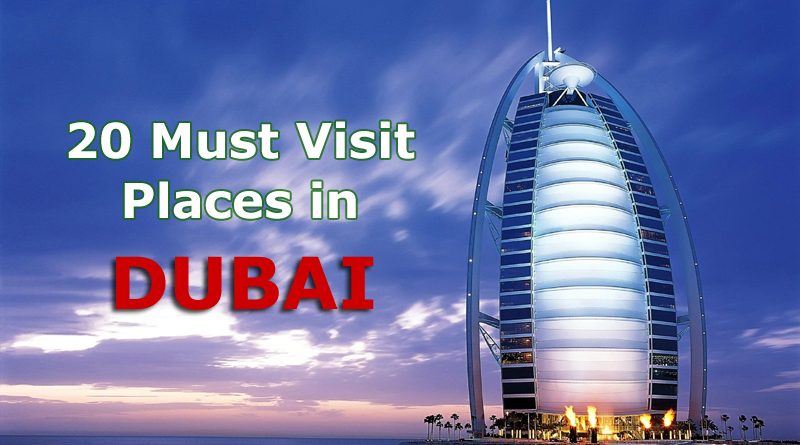 In last 10 years Dubai has changed and become one of the most popular tourist destination in world. This is so amazing that with every passing year Dubai shock the world with some new mega projects and amazing places. With so much options for tourists it is sometime very confusing for visitors to decide what to see and where to go So here we are with the list of Top 20 Must visit places in Dubai in 2015.

Must Visit Places in Dubai in 2015 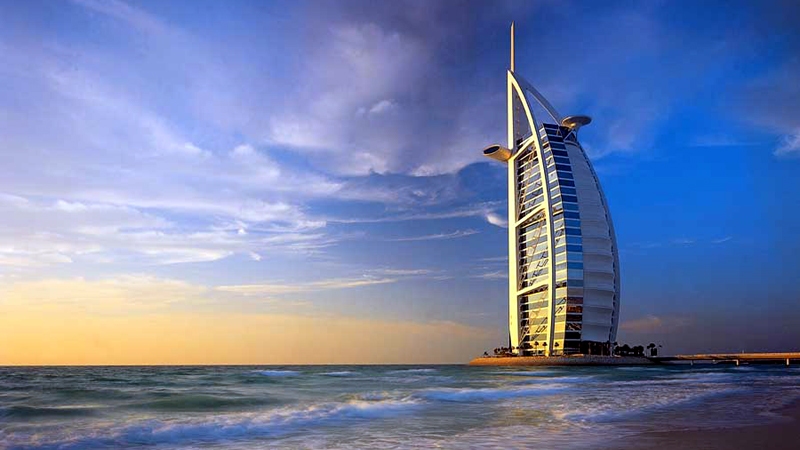 Burj al arab is the one and only 7star hotel in the world. It is also the world’s third tallest hotel, standing 321meter high. It is located on its own artificial island on the Jumeirah coastline. Burj al Arab was remained as a Symbol of Dubai for so many years and still is the one of the most expensive hotel in the world. Even with so many new and amazing hotels are now opened in Dubai Burj Al Arab still stands out of the league among all the Dubai Hotels. 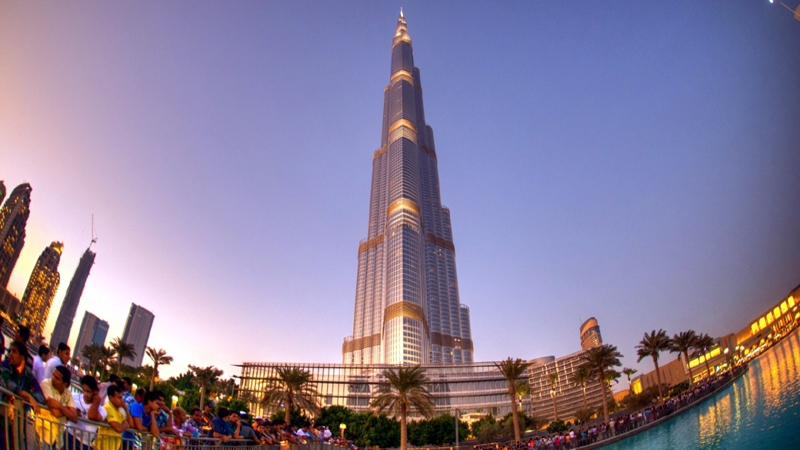 With 829.8meter length Burj Khalifa is currently the tallest building in the world. The observation deck on the 124th floor is worth visiting as it gives a spectacular view of the city. Observation Deck Entry charges for Adults are 125AED but immediate entry is 400AED, 95AED for children between 4-12 and free for children under age of four. Its a must visit place in Dubai. 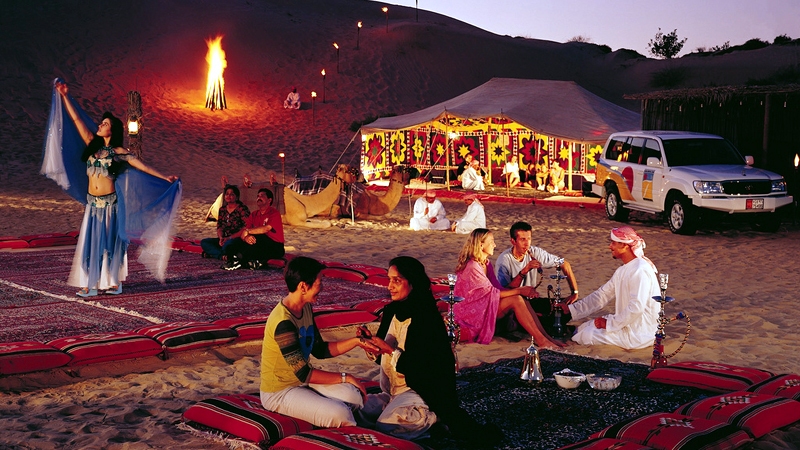 Taking through the magnificent sand dunes and feeling the thrilling excitement of dune bashing, desert safari is definitely an adventure worth experiencing. Morning Dubai Desert Safari is the desert adventure perfect for the business travelers who don’t have spare time in the evening but love adventures. Just before sunset, one can reach the camp-site, made of traditional tents and furnished with carpets and pillows and can relax by the bonfire. Having desert BBQ under the stars while watching belly dancers is definitely a unique experience. You can book your desert safari tour by going here. 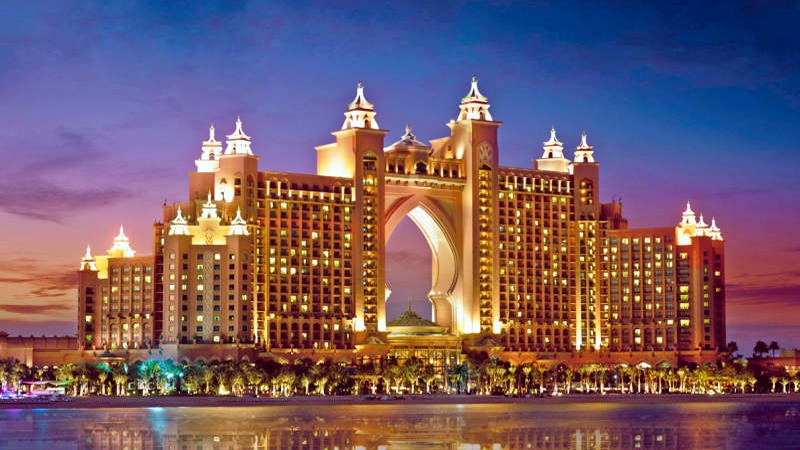 Atlantis Hotel at Palm Jumeirah is built based on the theme of myth of the lost kingdom of Atlantis with distinct Arabian elements. 1500 rooms are divided into two accommodation wings known as Royal Towers, East Tower and West Tower both are linked together by the Royal Bridge Suite. Hotel also have a Dolphin Bay, Adventure Water park, Ambassador Lagoon and the Lost Chambers. Click here to enter the magic world of Atlantis The Palm 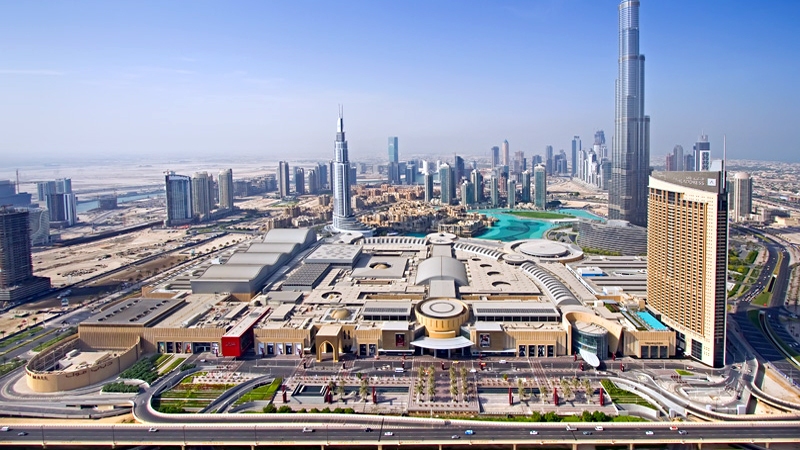 Beside being the World’s largest shopping mall it is also listed recently as the World’s Most visited shopping and leisure destination. Dubai Mall is a part of the $20 billion Downtown Dubai Complex with 1200 shops. Downtown Dubai Complex also has famous Dubai Fountains. Which is also worth spending time in evening. Dubai Mall major attractions are World’s largest Aquarium and Underwater Zoo, Ice Rink, SEGA Republic, The Ambassador Hotel. 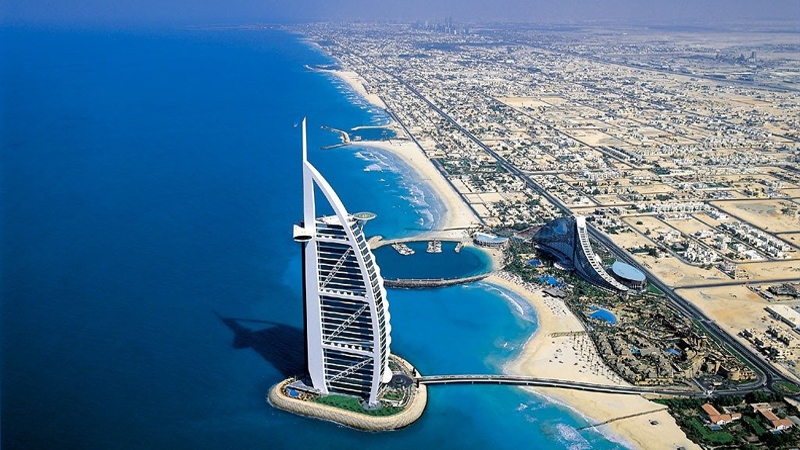 Jumeirah Beach is located and named after the Jumeirah District of Dubai. It is streches along the south coast of the city. With featuring large hotels, resorts, Parks and housing development is the most popular among tourists. With all these features Jumeirah District is the most Expensive and Exclusive part of the Dubai.

Jumeirah Beach Park is the most popular public beach park in Dubai due to its handy location on beach Road, Jumeirah astretch of golden sand, grassy areas and palm trees has three man-made islands, Which are shaped like a palm tree and hence popular among skydivers. 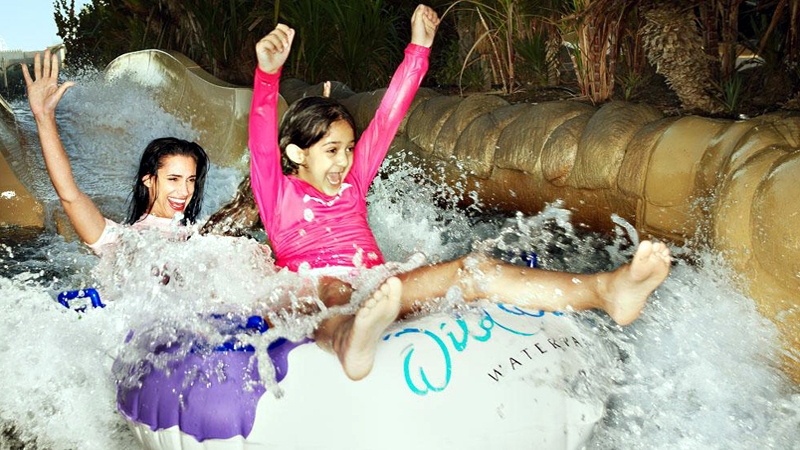 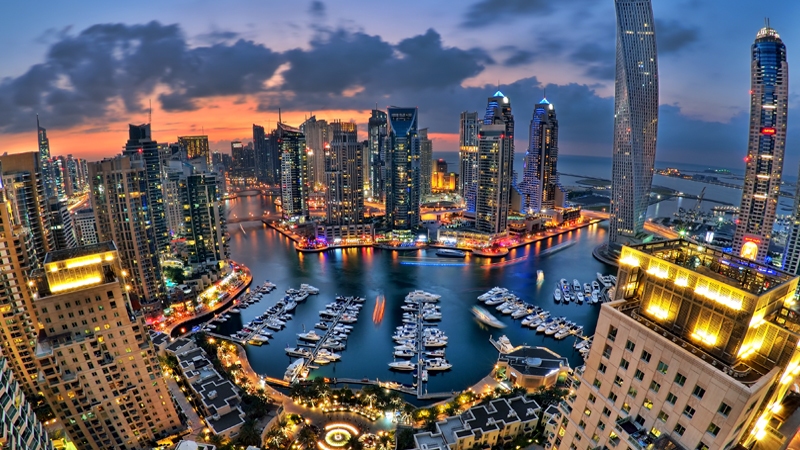 Dubai Marina is an artificial canal city built along a 3 kilometer stretch of Persian Gulf shoreline. It was inspired by the Concord Pacific Place in Vancouver, Canada. Dubai Marina is entirely man-made and upon completion it is claimed to be the world’s largest man-made marina. When the entire development completed it will accommodate more than 120,000 people in residential towers and Villas. Dubai marina development comprises of two phases. At the moment The Phase 1 has been completed. Phase 1 covers 25 acres which includes six freehold apartment buildings, Dubai Marina Towers including The Princess Tower which is among top 5 tallest skyscrapers in Dubai, Dubai Walkway.

Dubai Marina Walk is a 7 Kilometer long pedestrian walkway runs around from the start of Dubai Marina till the end With Cafe’s and restaurants along the the waterfront and boats moored up alongside. 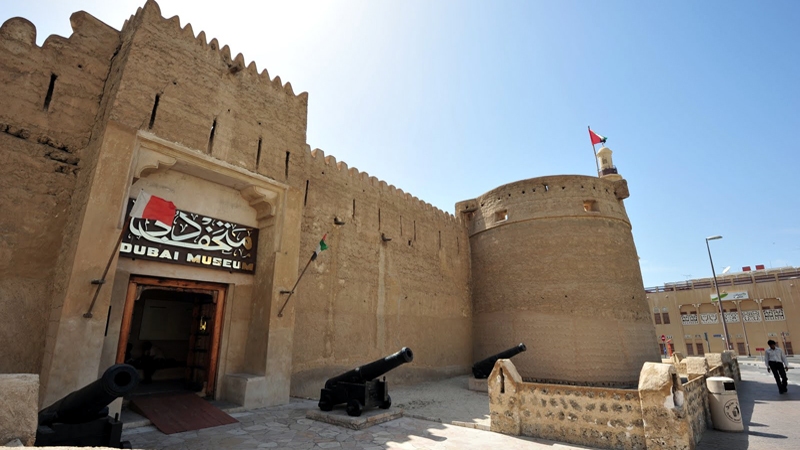 Dubai Museum is located in Fahidi Fort built in 1787 and is the oldest existing building in Dubai. Dubai Museum was opened in 1971 with the aim of presenting the traditional way of life in Dubai. It includes local antiquities as well as artifacts from African and Asian countries that traded with Dubai. It also includes several dioramas showing life in the emirate before the advent of oil, in addition to artifacts from recent discoveries as old as 3000 BC. The Museum received over 1 Million Visitors in the year 2013.

Also Read:
25 Amazing Things in Dubai You Probably Don’t Know Yet
18 Craziest Things to do in Dubai 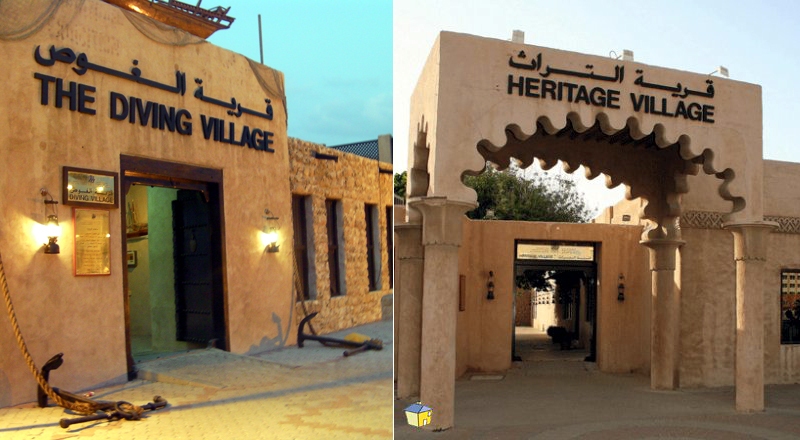 Dubai Heritage and Diving Villages are living museums in Dubai where visitors can look back in time of the old traditional life in Dubai and UAE. Heritage Village was created next to Diving Village in 1997 in Al Shindagha historical neighbor-hood in Dubai. The Heritage Village features potters, weavers and other craftsmen while Diving Village explores the history of Dubai’s Pearling industry. It represents the components of wild, marine, and mountain life, where the visitor can identify closely the old traditional customs of the country and the special characteristics of old houses, handicrafts, patterns, and forms of living. 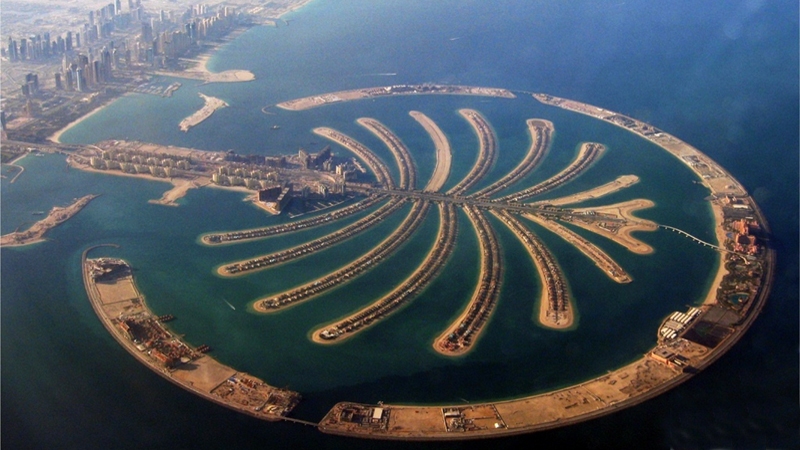 Palm Jumeirah is listed as the World’s largest man-made island comprising two kilometer long trunk, a crown made up of 17 fronds and surrounding crescent. It is consist of 4000 luxury villas and apartments which are major attraction for celebrities from all over the world. With large number of hotels, resorts and hotel residences where one can enjoy whole new way of dining at the magnificent Music Hall, Palm Jumeirah is a striking beauty. 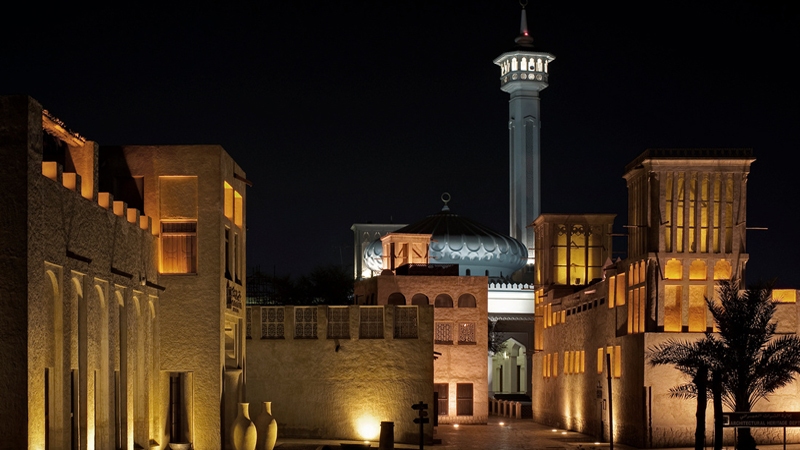 Al Bastakiya village is situated along Dubai Creek and Al Fahidi Fort is one of the oldest residential area in Dubai. Al Bastakiya was constructed back in 1690s. It was consisted of 60 housing units in its prime time and most of them were owned by rich persian merchants. Traditional narrow lanes and wind towers were used to separate houses. However, All of this changed when oil was discovered in the region and most of families moved to the new and modern city of Dubai. 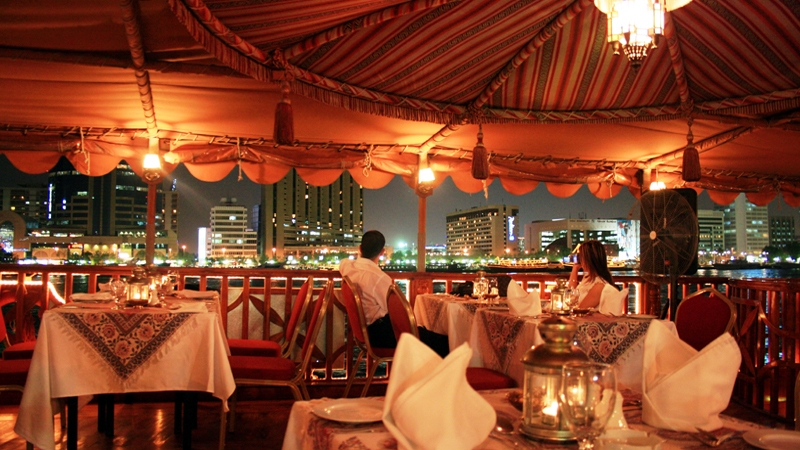 Dhow is the generic name of traditional sailing vessels with one or more masts. Historians are divided as to whether the dhow was invented by Arabs or Indians. Dubai Creek is the central part of daily life routine among Dubai residents. Cruising down Dubai creek is a novel experience, one which you cannot miss when in Dubai. Imagine yourself on having dinner on a Dhow Cruise with the facinating lights of Dubai creek with Music and Tanura Dance/Belly Dance show with a sip of your favorite drink and BBQ buffet dinner. Perfect place to have a romantic dinner. 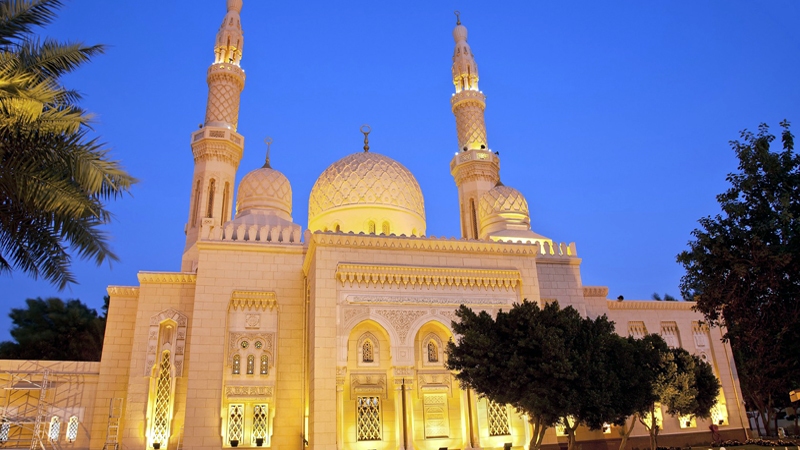 Jumeirah mosque as shows from the name is situated in the Jumeirah District. Jumeirah Mosque is an impressive structure that once seen is never forgotten. It is listed as the most photographed mosque in all of Dubai. It is one of the mosques in UAE that is open to non-Muslims and most days tourists and residents can be seen making their way to the imposing mosque. Make sure that you follow the Islamic dress code before entering the mosque. Check the dress code for Jumeirah Mosque by clicking here. Shops might have sprung up around it but Jumeirah Mosque remains a major Dubai Landmark. 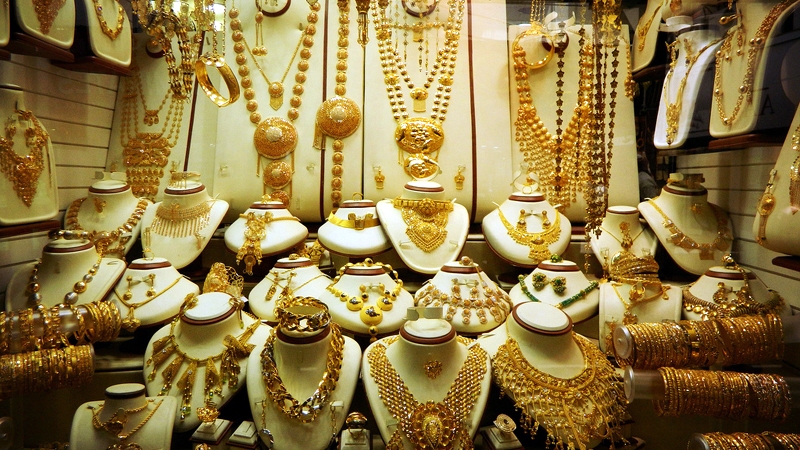 Dubai Gold Souk located on the northern bank of Dubai Creek and known as the largest gold market in the world. This market is the reason behind Dubai being called “City of Gold”. Jewelry of all kinds is available here in range of designs from traditional to modern. Souks are traditional markets in the region and Gold Souk is the most famous one of them. 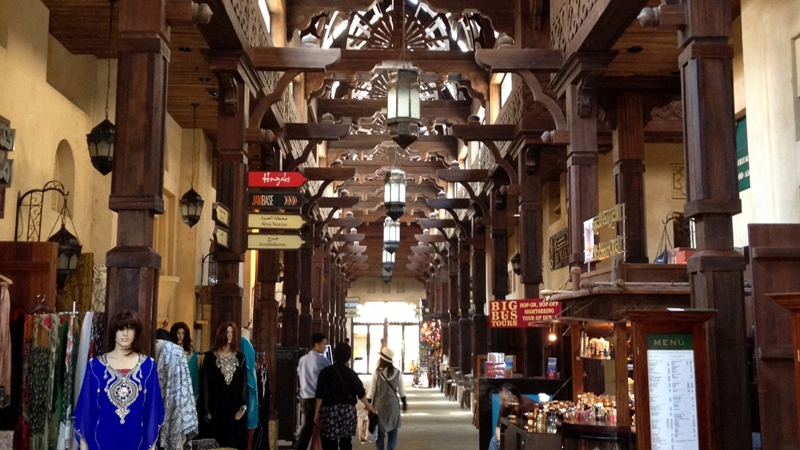 Souk Madinat Jumeirah, located in Madinat Jumeirah resort, is an authentic re-creation of an ancient marketplace with traditional Middle Eastern style. With its airy wooden interior you feel somewhat taken back in time. Visitors enter a world reminiscent of ancient Arabia through sight, smell and sound as sunlight peeks in through the wood carved archways showcasing intricate Arabic architectural design. The stores are more expensive compare to other local shops, but some of them are exclusive. This is something not to miss if you are spending a day or evening at Madinat. 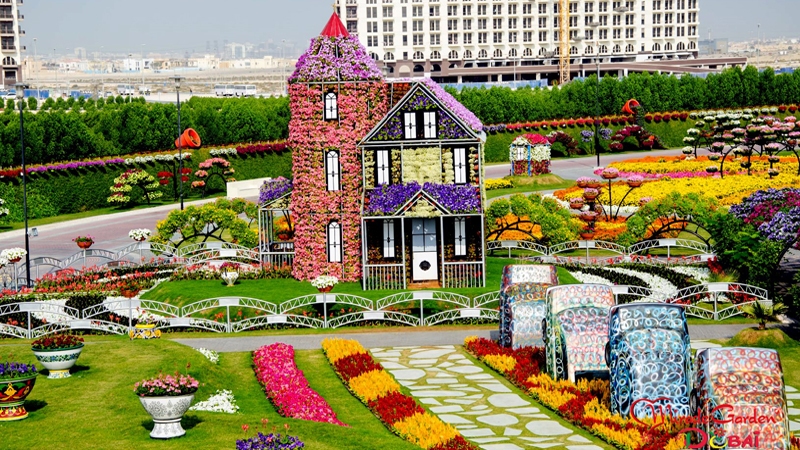 Dubai Miracle Garden is listed in Guinness Book of Records for having the longest flower wall. Dubai Miracle Garden is an oasis with the world’s largest collection of natural flowers. Flowers are patterned in different shapes like hearts, stars, pyramids, Eiffel Tower and other figures. Also the patterns changes seasonally. Therefore any returning visitors will get a brand new experience. 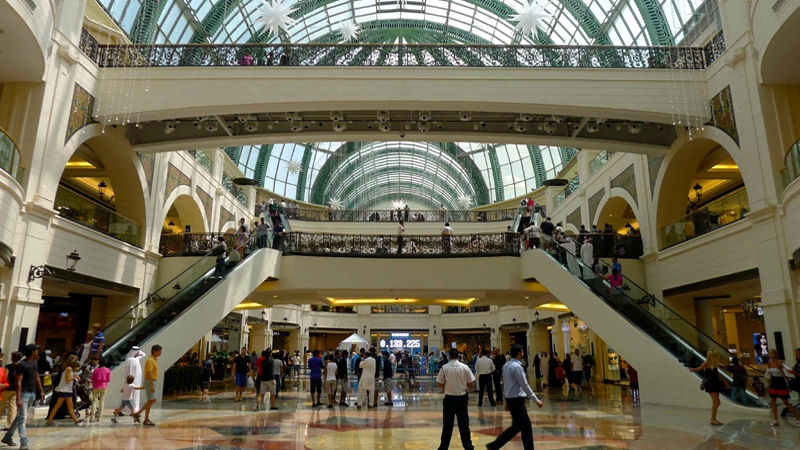 Mall of Emirates opened in 2005 and is located at Sheikh Zayed Road. 6500,000 square feet mall simply has everything from shopping area, entertainment, Ski Artificial Snow, Dubai Community Center and Art Center, Vox Cinemas and Magic Planet. Mall of Emirates is awarded as the World’s leading new Shopping Mall in 2005. 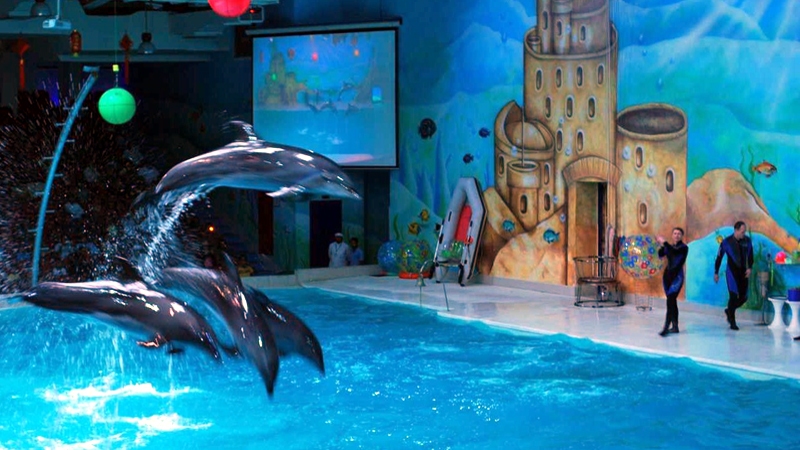 Dubai Dolphinarium is the first fully air-conditioned indoor dolphinarium in the whole Middle-East region. It is located near the Children’s City at Bur Dubai. Dubai Dolphinarium provides habitat to dolphins and seals, allowing the public to watch and interact with them through live shows and photo sessions.

Dubai Dolphinarium is a 54,000 square feet modern marine facility with around 1250 seating capacity. The Dolphins have their own private habitat area with 600 cubic metres of sea water connected to the main arena pool. There is a separate medical pool and seal pool constructed considering well being of these marine mammals. The dolphinarium complex also features kids activities, birthday parties for kids, school field trips, kids corner, Arabesque dance school, restaurant providing quick and fun meals for kids and a mini 5D cinema theater. 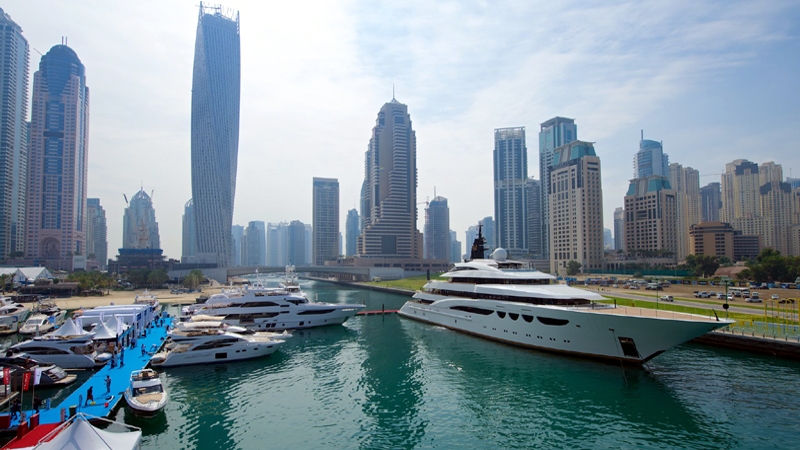 Dubai Creek is something where Dubai born and grown-up. It divides the city into two sections, Deira and Bur Dubai. It has been an influential element in the city’s growth. This is a bird sanctuary on the desert edge of Dubai where visitors can enjoy romantic sunset Dhow Cruise traveling, Yachting and sale with locals and view economic activities. Dubai Creek becomes the UNESCO World Heritage Site in UAE in 2014. 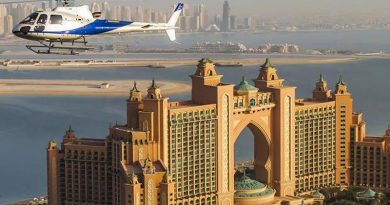 20 Best Ways to Have Fun in Dubai 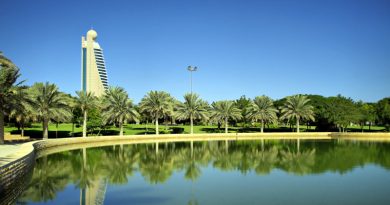 How Dubai is Different from Western Countries