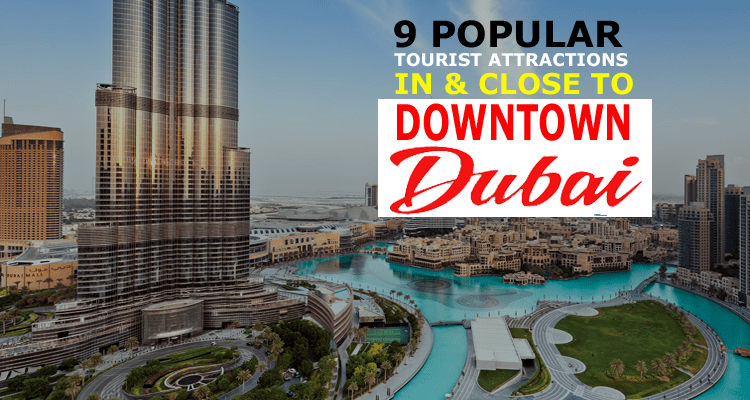 There are around 90,000 people living and 75,000 people working in Downtown Dubai. The city’s busy tourism hub is coined as the world-most visited destination for having record-breaking and iconic landmarks. Locals and expats can visit Dubai’s popular landmarks in just 5 minutes from all new projects by Emaar in Downtown Dubai. It’s a new vision of sophisticated urban living and is set by the lavish Old Town district and the Mohammed Bin Rashid Boulevard. Here are 9 destinations to go to in 5-15 minutes:

The Dubai Mall revolutionized the city’s shopping experience, attracting lavish shoppers from all around the world. Spanning close to 6 million square feet, the world’s largest and most- sought-after leisure retail and entertainment destination in the Middle East is literally at your doorstep. Launched in 2018, it’s home to 1200 retail outlets and 200 food and beverage outlets along with entertainment spaces like VR Park, Dubai Ice Rink Reel Cinemas, KidZania, and Dubai Aquarium & Underwater Zoo.

It’s located in the heart of the prestigious Downtown Dubai so tenants residing in the apartments in Downtown Dubai arrive at the iconic destination in just 5 minutes.

Dubai Opera is the center of arts and culture in Dubai with a unique 200-seat multi-format theatre. It showcases a wide variety of phenomenal theatrical, ballets, musical and operas performances in addition to comedy shows and reputable galas by world-renowned talents.

Designed in the shape of a traditional dhow, Dubai Opera is an iconic cultural destination for the performing arts and world-class entertainment productions. Downtown Dubai is the perfect area for avid music lovers and arts patrons.

3. The Dubai Fountain and Burj Khalifa

Luckily, iconic projects The Dubai Fountain, world’s largest choreographed fountain system, and Burj Khalifa, the world’s tallest building, are side by side, providing locals and visitors from all over the world double the riveting spectacle in one spot.

The light and water show continually captivates people with its music and lights spectacle with its music repertoire that includes mega-hit songs from high-influential and prominent artists such as I Will Always Love You by Whitney Houston, Thriller by Michael Jackson, The Prayer by Celine Dion, Skyfall by Adele, La Vie En Rose by Edith Piaf and many more.

Read Also: 21 Things to do in Dubai at Lowest Budget

Residents can explore the lavish Old Town district, Vida and Manzil Hotels ooze style with luxury, community, and comfort, in a more scaled-down fashion. Residents and tourists can take in the breathtaking low and mid-rise developments and the architectural heritage of Arabia in the pedestrian-friendly neighborhood.

The famous busy boulevard runs in an almost full circle around Souk Al Bahar, The Dubai Fountain and the Burj Khalifa with rows of well-known local and international restaurants, cafes, high-end retail and hotels – such as The Address Downtown Dubai, Vida Downtown Dubai, and Al Manzil – and is home to the Dubai Trolley.

Burj Royale by Emaar is situated in the middle of grand entertainment, taking just 5 minutes to walk around Downtown Dubai and reach the city’s iconic destination. The tower is designed for residents to get a taste of royalty and be a part of Downtown Dubai’s iconic landscape It’s a great investment opportunity for international investors and for those wanting to experience a royalty-like life.

Since 1975 Safa park has been one of the most popular picnic spots for Dubai residence. It is located on Sheikh Zayed Road and only 3km away from Burj Khalifa. The 64-hectare park is consist of 3 beautiful artificially designed lakes with 200 species of birds, a small forest, a hill, and a waterfall. Safa Park also has sections for sports activities like Football, Volleyball, Tennis, and tracks for cycling and jogging. 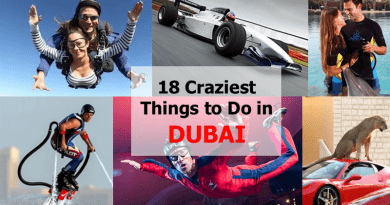 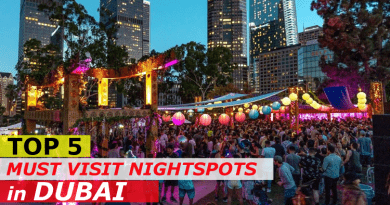 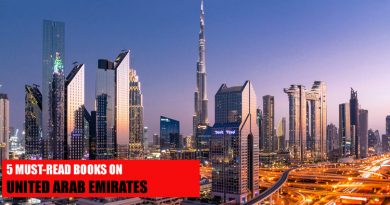 May 28, 2021 Dubai Explorer Comments Off on 5 Must-Read Books About the United Arab Emirates