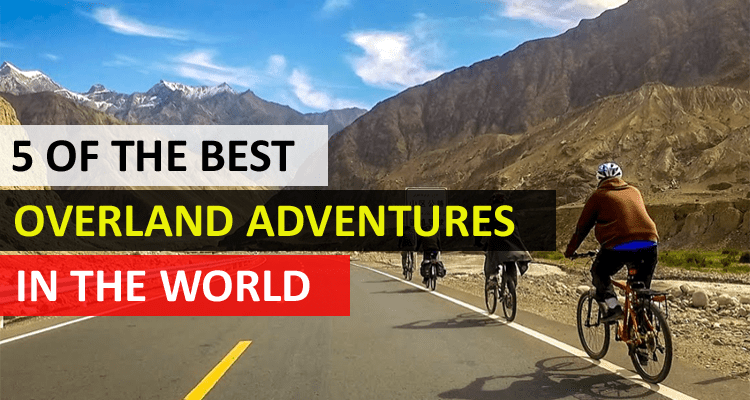 Forget flying from A to B for your next vacation, its’s time to hit the open road! Enjoy a taste of freedom and travel through a variety of countries, time zones and seasons on an overland adventure. With plenty of exciting and daring routes to choose from you will get to witness a side that most tourists don’t ever have the chance to see. My Baggage has put together a few of our favourite overland adventures from the allures of the ancient silk road to the scorching heat of the Sahara Desert, which one will inspire your wanderlust?

Here we are with our top list of the five best overland adventures in the world. 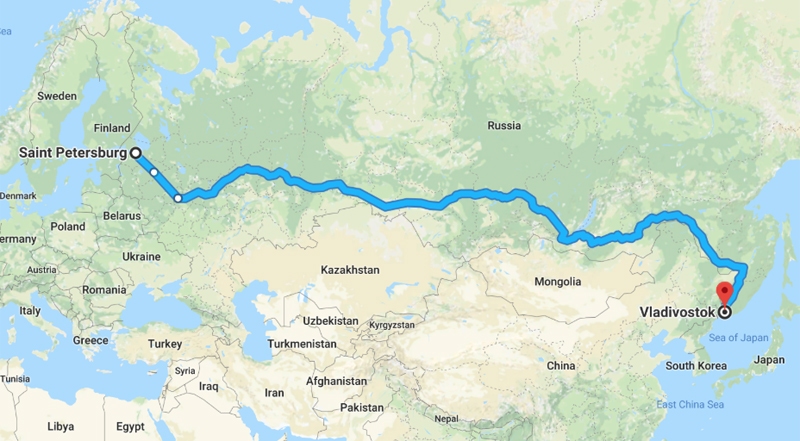 The Trans-Siberian Highway spans the entire length of Russia, taking you 11,000 km from St Petersburg to Vladivostok. Built by gulag prisoners, it’s one of the longest roads in the world and crosses through 11 time zones. This route will take you through some challenging terrain from the wilderness of the Siberia tundra to the bustling port city of Vladivostok.

Travelling during winter is not recommended as snow can make some roads impassable, travelling during summer also has its dangers as sections of the road can become flooded. It’s best to tackle this route in the spring or autumn. The overall road condition is good; however, some areas remain unpaved and it’s not recommended to attempt this overland route solo due to the vast distances and lack of supplies.

There are plenty of spots to stop off along your way, from the city of Kazan on the banks of the River Volga, the city of Perm and the impressive Ural Mountains, Lake Baikal an ancient lake known as the pearl of Siberia and Ulan-Ude which boasts impressive Buddhist temples and is cited as the centre of Russian Buddhism.

The Silk Road – From Istanbul to Beijing

The Silk Road was once the most important trading route in the world bringing merchants from Asia to Europe. It covers more than 4,000 miles in length and the road winds from Istanbul in Turkey all the way to Beijing in China. You can still follow this ancient road, either by taking it in sections or going all out and travelling the full route like the merchants of old.

One of the most popular overland routes in The Silk Road is the Five Stans, this journey covers five countries in central Asia; Uzbekistan, Kazakhstan, Kyrgyzstan, Tajikistan and Turkmenistan. Each country has its own charm and allure, from the mountains and nomadic horse culture of Kyrgyzstan, the colourful dress and mountainous regions in Tajikistan, Genghis Khan’s desert city and the gates of hell gas crater in Turkmenistan, the historic cities of Samarkand and Bukhara in Uzbekistan and the clear blue lakes and mountains of Kazakhstan.

The Friendship Highway – Kathmandu to Lhasa

This is not a route for anyone who has a fear of heights! This scenic highway connects Nepal and China crossing through some of the highest mountain ranges in the world. The 753 km journey is often regarded as one of the most beautiful overland adventures of all time, taking in the plateaus of Tibet and the peaks of Mount Everest. If you are susceptible to altitude sickness maybe leave this one out as the road twists and turns to up to 5,000m above sea level. It’s also important to note that you cannot visit Tibet unless on an organized tour, so you cannot travel this highway independently. This might come as a sigh of relief though after seeing all those hairpin turns, and sheer cliff drops. There is no greater way to see the top of the world. Some popular sights on the route include the awe-inspiring Pelkor Monastery, the Karuola Glaciers and Tashilhunpoknown which is more popularly known as the Panchen Lama’s seat.

The Karakoram Highway – Pakistan and China

The Karakoram Highway is the highest altitude paved international road in the world. The mountainous landscape is incredibly challenging and treacherous with avalanches, snow and landfalls being a common threat. Situated at a high altitude, more than 4500 metres above sea level, it is also important to be aware of altitude sickness. However, despite these dangers, this is a popular route for overland tourists wanting to experience the beauty of Hunza Valley and the majestic mountain ranges of the Kunjarab Pass.

Trans-Sahara Highway – From Algiers to Lagos

This highway is one of the most challenging road trips in the world, stretching 4,500km long and taking you from Algiers in Algeria to Lagos in Nigeria. The route is not popular with tourists and should only be tackled by the most experienced overland enthusiasts. Thankfully now around 85% of the highway is paved but prepare for the unexpected as the rest is just sandy road. Security risks are a concern, with political unrest currently in Northern Niger, but it is the journey through the harsh Sahara Desert that makes this road so dangerous.

Hot daytime temperatures and a scarcity of locations to stop off for supplies mean that you must be prepared when undertaking this route. You need to bring the correct equipment and travel in a competent jeep that will be able to tackle the sand. Dust storms are common, making driving conditions treacherous. Fuel, water and food supplies are a luxury on this route, so it’s important to have planned and prepared thoroughly, accounting for any emergencies.

It wouldn’t be wise to undertake this highway if you don’t have any mechanical experience as if your car breaks down, you’re going to have to know how to fix it. This route is almost impossible without a guide, as visa restrictions for Algeria will require that you have one. however, this will work in your advantage.

The world is full of adventures and you should once in a lifetime to visit at least one of these amazingly beautiful and naturally rich overland adventures. Though these overland routes should not be part of your luxury road trip. However, what else the adventure meant to be 🙂 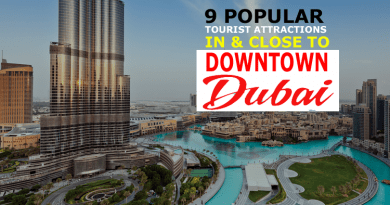 9 Popular Tourist Attractions Within and Close to Downtown Dubai

November 17, 2018 Dubai Explorer Comments Off on 9 Popular Tourist Attractions Within and Close to Downtown Dubai 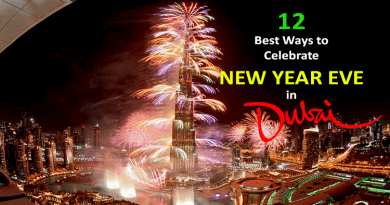 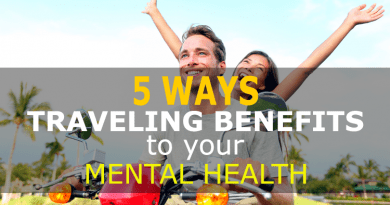 February 20, 2020 Dubai Explorer Comments Off on 5 Ways Traveling Benefits to Your Mental Health