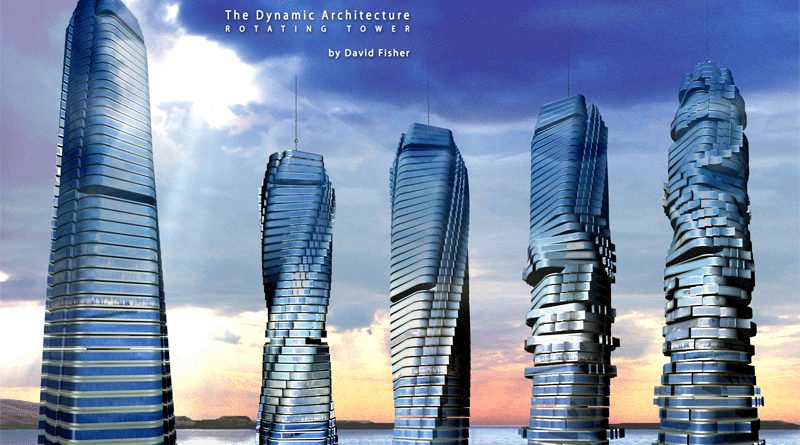 A building boom in the emirate has led to a whole host of chart breakers, in categories including highest apartment, biggest mall, and one of the world’s most unique resorts.

Tourism is also being promoted at a staggering rate with the construction of Dubailand and other projects that include the making of mammoth shopping malls, theme parks, resorts, stadiums and other various tourist Attractions. Dubai is determined to be main contender worldwide in the world tourism industry. Dubai is already a top favorites tourist destination and continues with its outstanding never been done before projects.

The early part of the 21st century is quickly becoming known as the age of Dubai. Many of the world’s most impressive, breathtaking, and startling architectural projects are being constructed in a city.

Some of the Dubai’s engineering master piece are shown as under. I Listed them as 8 Wonders of Dubai:- 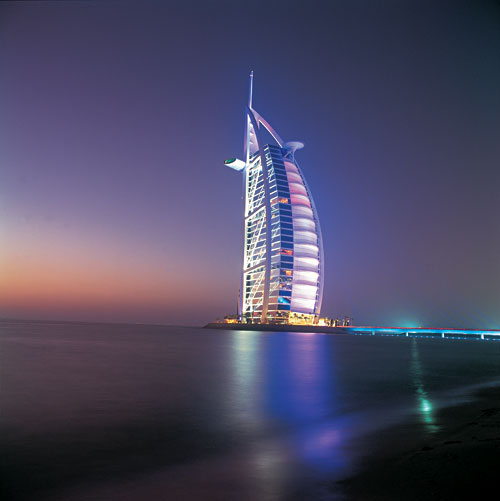 The Burj Al-Arab is named as “Tower of the Arabs” in Arabic. It is a luxury hotel in Dubai, in the largest city of the United Arab Emirates, which is marketed as “the world’s first seven-star hotel”.
In english “Burj Al Arab” means The Arabian Tower. Burj Al Arab was one of the most expensive buildings ever built. At night, it offers an unforgettable sight, surrounded by choreographed color sculptures of water and fire. This all-suite hotel reflects the finest that the world has to offer. 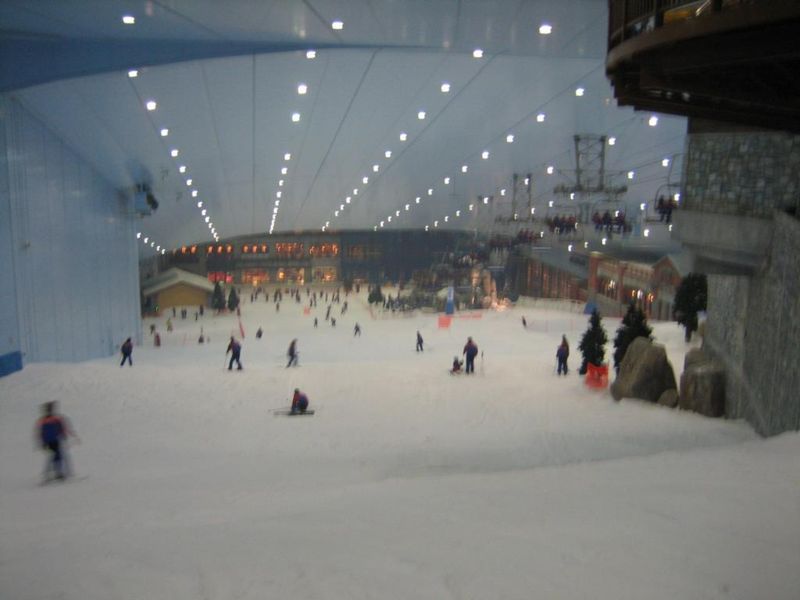 Ski Dubai is the first indoor ski resort in the Middle East and offers an amazing snow setting to enjoy skiing, snowboarding and tobogganing or just playing in the snow. Young or old, there is something for everyone, from the beginner to the snow sport enthusiast.
Ski Dubai is a unique mountain-themed attraction that offers you the opportunity to enjoy real snow in Dubai all year round. Ski Dubai is the Emirates’ latest extravaganza. 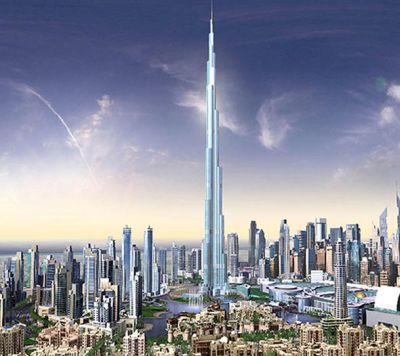 Burj Tower is the largest skyscraper in the world which is currently under construction in Dubai. Burj Tower is the centerpiece of the Gulf regions most prestigious urban development, entitled Downtown Dubai.
Burj is an Arabic word which means ‘Tower’. So, Burj Dubai means ‘Dubai Tower’ or ‘Tower of Dubai’. Its exact height hasn’t been disclosed but it is suggested that it will be over 700 meters tall. Its design was influenced by the six petal desert flower as well as incorporating patterns found within Islamic architecture. 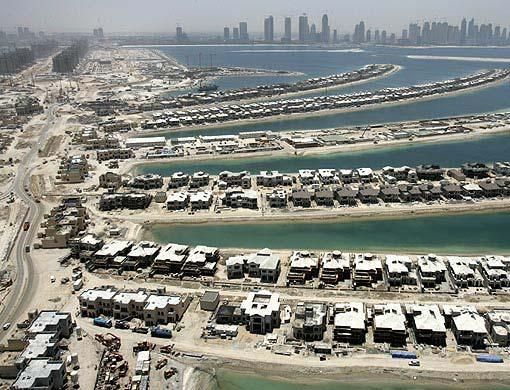 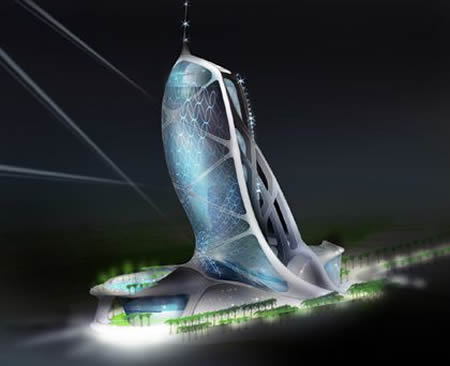 Hydropolis is the world’s first luxury underwater hotel. It is under construction. Joachim Hauser is the developer and designer of the hotel. He said that Hydropolis is not a project. It is a passion. It has already been compared to both a jellyfish and a sea turtle.
The land on which this project Hydropolis is being built belongs to His Highness General Sheikh Mohammed Bin Rashid Al Maktoum, Crown Prince of Dubai. 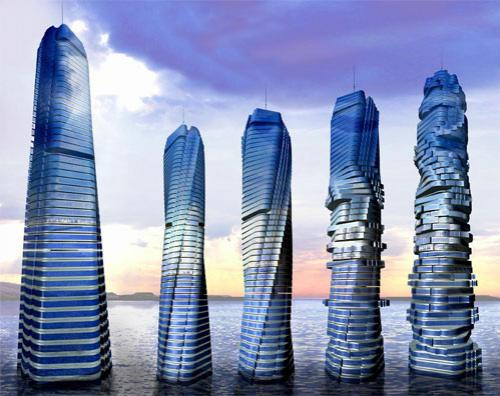 The Arab city which has amazing and impressive buildings like palm-shaped islands and the sail-shaped hotel is now going to build a rotating skyscraper.
Rotating Skyscraper is an eclectic skyline and it is a 30-story apartment tower that revolves on its base. The tower will use the Persian Gulf’s abundant sunshine to power the building’s slow rotation that brings it full circle once a week. 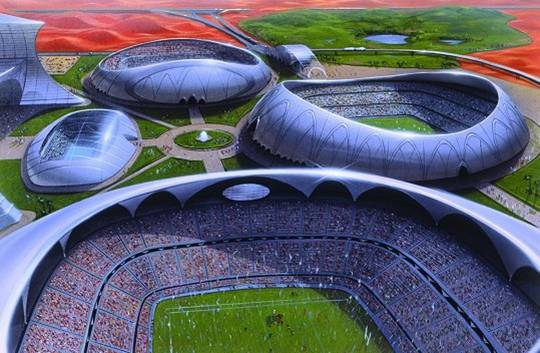 Dubai Sports City is the world’s first purpose-built sports city. Dubai Sports city will incorporate state-of-the-art sporting venues and academies along with residential and commercial developments.
Dubai Sports City offer a world class venue for sports events and activities at all levels with a residential lifestyle unrivalled in the region and possibly the world. 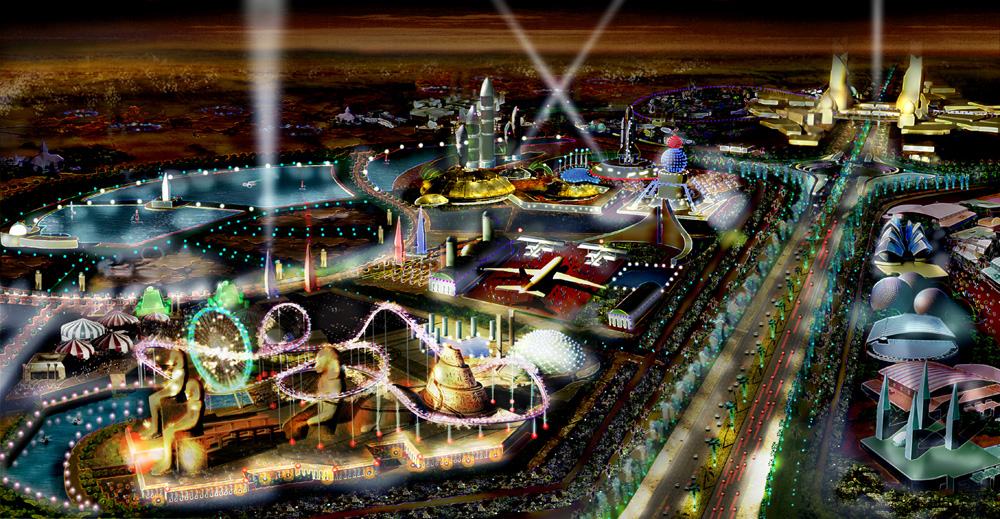 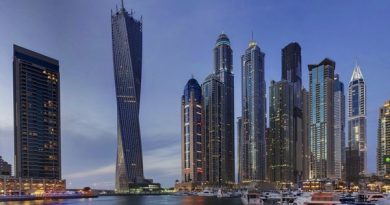 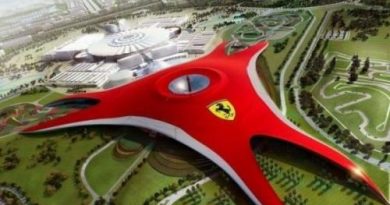 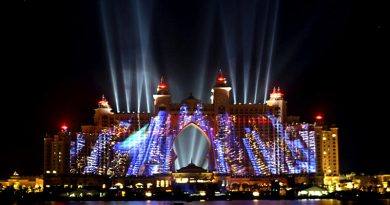