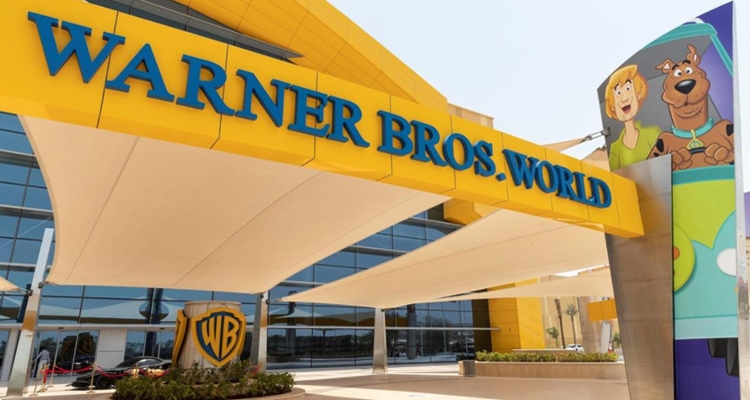 Whether it’s January, April, or October, it’s always summer in the United Arab Emirates. As such, Abu Dhabi, the country’s capital and second-most populous city, is home to some of the most famous summer destinations in the world. Besides beaches and water parks, people flock to theme parks like Warner Bros. World Abu Dhabi all year round. And for a good reason, too.

From state-of-the-art rides to unparalleled experiences, the park offers many whimsical attractions for children of all ages.
Want to know how you can enjoy the world’s first Warner Bros.-branded theme park in Abu Dhabi? This article covers the six Lands in the Warner Bros. World Abu Dhabi Park and eight awesome rides you should try.

Also Read: 20 Fun Ways to Have Family Days Out in Dubai 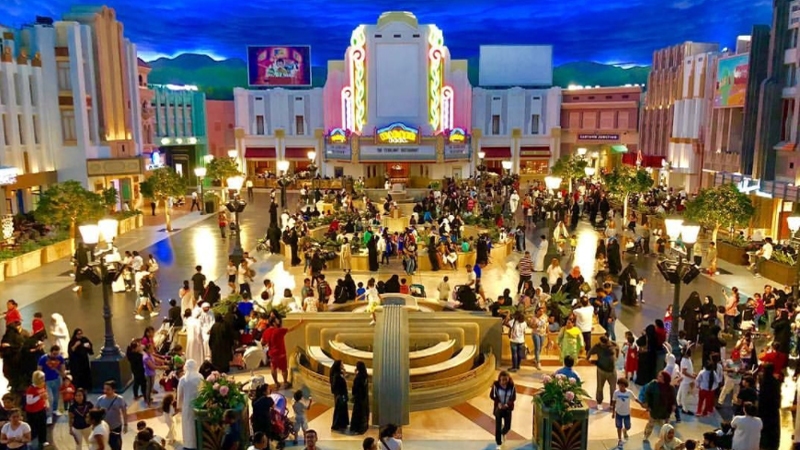 Located at the heart of the theme park, this Land serves not only as a meeting point for guests who wish to enjoy different areas in Warner Bros. World but also as a place that celebrates the golden age of Hollywood.

While you won’t find any rides there, the Plaza is the perfect spot for you and your travel companions to shop and dine, Hollywood-style. Filled with retro-themed restaurants, Warner Bros. Plaza is the only place where you can enjoy good food and the company of some of your favourite characters at the same time.

This is where you can also buy souvenirs and mementoes to remember your once-in-a-lifetime experiences in the park.

Missing your favourite Stone Age family? Head over to Bedrock and have yabba-dabba-doo fun with the Flintstones. Below is an attraction you should try:

Besides enjoying prehistoric sights in the cleverly designed area, you can also go on a scenic boat ride through Bedrock’s Stone Trail Park in The Flintstones Bedrock River Adventure.

What’s more, the experience lets you enjoy Bedrock during the Stonetennial Day celebration, complete with a centennial parade and other fun activities.

Also Read: 26 Best Dubai Tourist Attractions You Should Must Visit 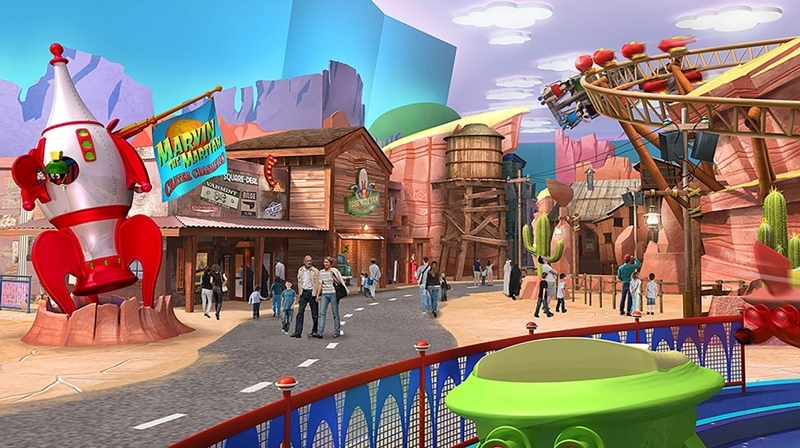 This Land brings to life the cartoon version of the Wild West made popular by Wile E. Coyote, the Road Runner, and Yosemite Sam.
Along with the intergalactic family, The Jetsons, and everyone’s out-of-this-world friend Marvin the Martian, Dynamite Gulch offers nostalgic fun for the whole family.

Considered the most popular ride in this part of Warner Bros. World, Fast and Furry-ous is an inverted roller coaster ride that lets you experience what it’s like to be in Wile E. Coyote’s shoes – chasing Road Runner and dodging TNT and other traps across the Gulch.

If you love bumper cars, then you’ll absolutely be thrilled with the Marvin the Martian Crater Crashers experience. 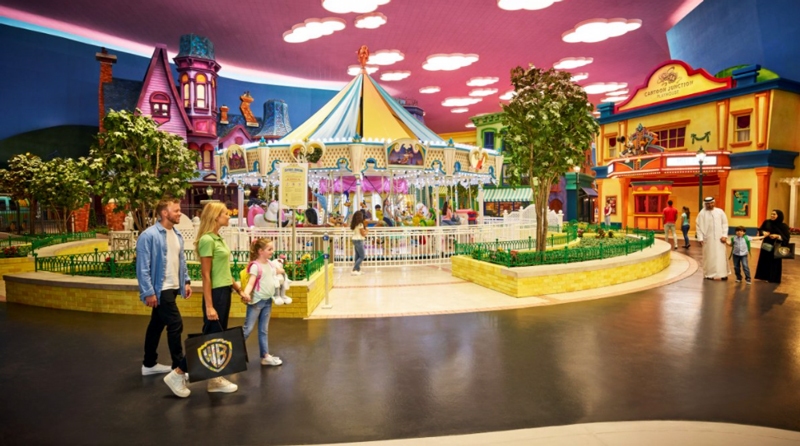 “What’s up, Doc?” and all that – this Land is where you can meet and greet Bugs Bunny and the rest of the Looney Tunes gang, as well as other characters in the cartoon universe like Scooby-Doo and Tom and Jerry.

Cartoon Junction is the perfect place to introduce old-timey but classic cartoon characters to the new generation. One of the top attractions here is:

Here, you can test out ACME’s latest invention with Daffy Duck riding a jet-propelled pogo stick. Designed for children just tall enough to reach the top drawer, this ride lets guests bounce up and down in a vertical jump tower in an almost gravity-defying experience.

Also Read: 10 things to do in Dubai this Summer 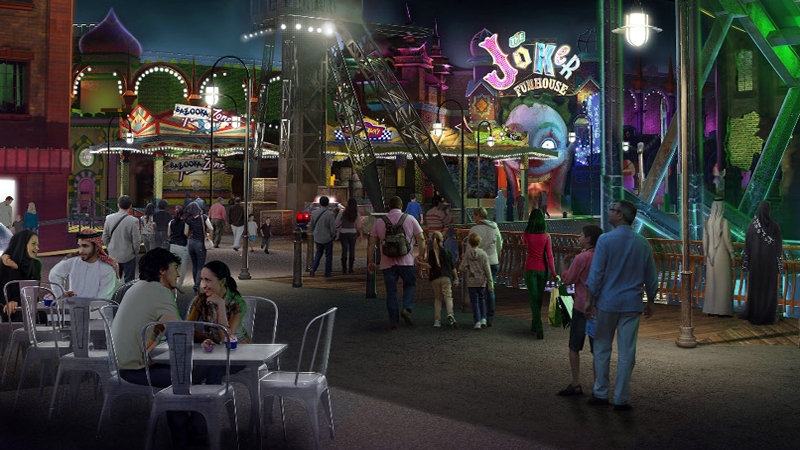 Is your family a big fan of the Dark Knight? If so, then head over to Gotham City and meet your bat-suited hero and some of his most notorious nemeses.

To get the most out of the experience, try out the following rides:

This high-octane ride lets you experience what it’s like to go on patrol alongside the masked crusader in keeping the streets of Gotham City safe from the likes of The Joker and Harley Quinn.

Combining puzzles and riddles into an electrifying ride, the Riddler Revolution is every adrenaline junkie’s dream experience. It brings guests through a Gotham City held captive by The Riddler, one of Batman’s formidable foes. 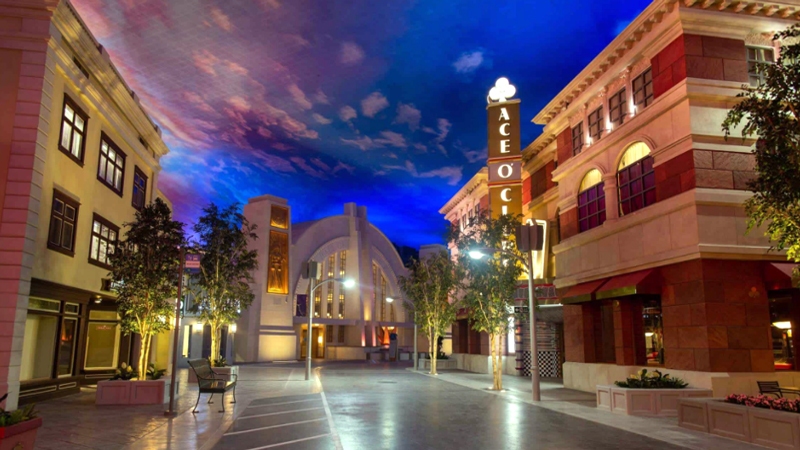 Home to Superman and headquarters to the Justice League, this Warner Bros. Land is one of the most popular areas in the theme park.

With a design based on the famous DC superhero league, the Justice League: Warworld Attacks takes guests on an adventure with the entire team fighting their greatest foes in no less than 5D.

Considered one of the most immersive experiences in the park, guests follow Cyborg’s lead through iconic DC universe locations to win battles against Dark Seid and his intergalactic army.

Join Hal Jordan, aka The Green Lantern, as he prepares for a challenging battle to keep the universe safe.

This 4D flying theatre is a crowd favourite, probably because it lets guests become interstellar peacekeepers and brings them on an intergalactic tour of the cosmos with jaw-dropping visuals and heart-thumping sound effects. 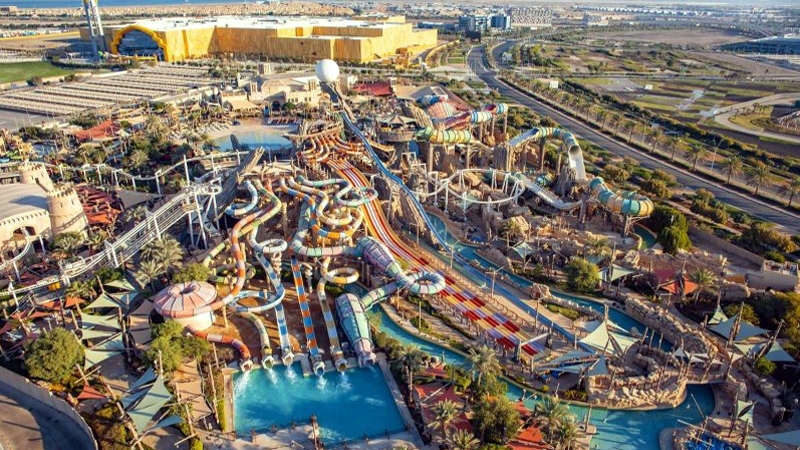 There is so much in store for you in Warner Bros. World Abu Dhabi. But if you’re looking for other things to do in Abu Dhabi this summer, you need not go far because Warner Bros. World’s neighbouring parks offer equally thrilling and unforgettable adventures for the family. 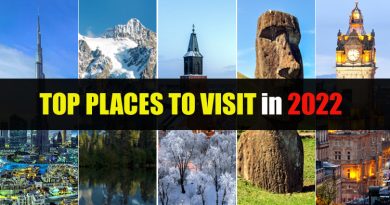 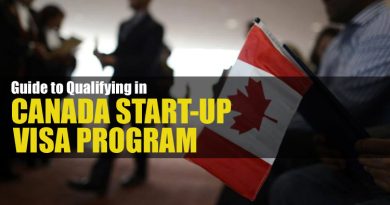 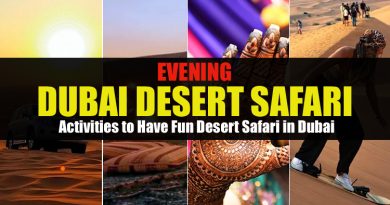 March 18, 2022 Dubai Explorer Comments Off on 5 Activities to Have Fun in the Evening Desert Safari in Dubai