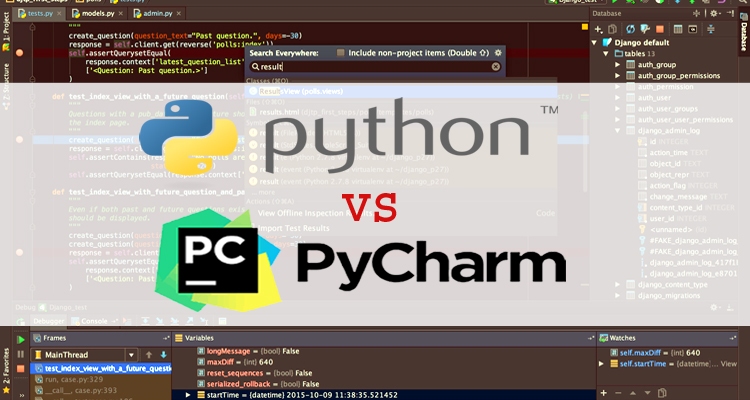 Since its advent, Python has replaced all other programming languages and emerged as the best one in the industry. Python codes lie behind several applications and make the foundation language underlying numerous technologies like Artificial Intelligence and Data Analytics. It has become the essential requirement to drive an infinitely large number of operations effortlessly.

Like Python, PyCharm is gaining an impetus these days. Many developers prefer PyCharm to finish their projects successfully. Since Python and PyCharm sound similar, many beginners confuse the two and face challenges in clearing their doubts. However, both are different terms and have separate scopes.

Also Read: What Tools do Data Analysts Use?

You require learning Python and PyCharm in detail to become a proficient developer in the industry. Also, it would assist you to have a clear understanding of Python vs. PyCharm to take exams and appear for interviews confidently. Interestingly, recruiters know that candidates make a mistake in the domain, and so, they ask several questions regarding the difference between Python and PyCharm.

Are you a proficient developer or learning Python libraries for beginners? In any case, you should know the points under Python vs. PyCharm. Don’t worry; we will help you! Here is your ultimate guide on the differences between the two and more related concepts. Stay tuned!

Also Read: 6 Ways to Use Technology to Grow Your Business in Dubai

Do You Know About Python?

Developed by Guido van Rossum, Python has become the talk of the town over the years. So, what is Python exactly? It’s a robust and interactive programming language that forms the backbone of several applications. Python is an open-source and object-oriented coding language having simple and easy-to-understand syntaxes.

Unlike traditional languages such as C and Java, Python doesn’t require the users to declare variables before using them. Such an attribute makes Python an ideal choice for newbie programmers. Also, the language needs fewer lines of code and saves hours for developers using Python.

As already discussed, Python supports multiple applications worldwide, some of which are highly popular. The following apps have Python at the back.

Are you wondering why these giants used Python and not any other language? Here are the benefits that make Python the best choice among companies of all sizes.

PyCharm is a counterpart of Python. It’s an Integrated Development Environment (IDE) to run Python codes. What comes to your mind when hearing an IDE? It probably must be a text editor that lets you write syntaxes in any language and efficiently compile them. PyCharm is something similar to other text editors like Eclipse and Visual Studio, except that the former is only Python-compatible.

PyCharm smoothly runs on all operating systems viz Windows and macOS. The IDE comprises several packages and modules that help developers rapidly build projects and invest less time debugging the snippets. Like Python, many renowned organizations use PyCharm to write Python syntaxes. Some of the tech giants using PyCharm are:

But why do organizations heavily use PyCharm? It’s because the IDE offers a myriad of benefits to the developers, such as the following.

All these reasons make PyCharm worth the choice. Now that you are well-familiar with Python and PyCharm, it’s time to compare them side-by-side.

Python vs. PyCharm – The Difference!

It’s high time to discuss the difference between PyCharm and Python before registering in any course nowadays. Most technologies use Python in a thousand ways and require the students to have exposure to the language as prerequisites. So, let’s jump into the comparison between Python and PyCharm below!

Python is a programming language, and PyCharm is an IDE. So, they have different meanings and purposes altogether, regardless of sounding similar.

Python is an interpreted language, while PyCharm is an integrated development environment. So, they are almost incomparable.

Python has several text editors that allow writing codes and flawlessly debugging them. In contrast, the PyCharm IDE runs specifically for Python. It remains non-compatible with other programming languages.

Now, you are all prepared with the differences between Python and PyCharm. But some of you might still be wondering about the comparison between PyCharm and Python’s inbuilt IDE called IDLE. Let’s look at some of their contrasts below!

Also Read: How to Be a Professional Online Trader in Dubai

Some Differences Between PyCharm and IDLE

IDLE is the in-built IDE that comes along with the Python programming language suite. Here are some differences between PyCharm and IDLE.

Turn your head around, and you will encounter at least one real-world Python use case. And since PyCharm is a Python IDE, it’s more likely that the applications relied on PyCharm at some point in time. As you saw, Python and PyCharm are entirely different entities but remain highly associated.

Python codes are primarily written on the PyCharm IDE. The snippets iterate through PyCharm several times until becoming fault-less. Even after that, developers use PyCharm to modify and maintain Python codes from time to time. All in all, the Python programming language is dependent on PyCharm.

As you have realized the meanings and differences between Python vs. PyCharm, you are all set to register with any Python course and successfully crack interviews. 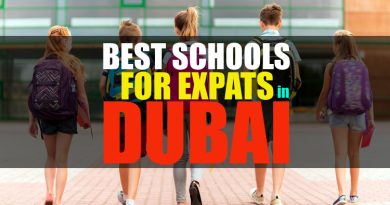 5 Best Schools for Expats in Dubai

November 5, 2021 Dubai Explorer Comments Off on 5 Best Schools for Expats in Dubai 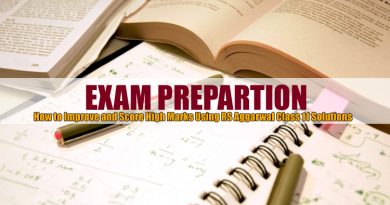 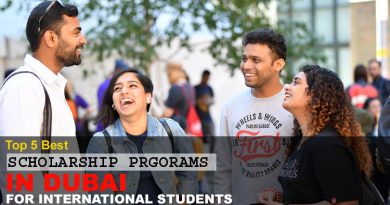