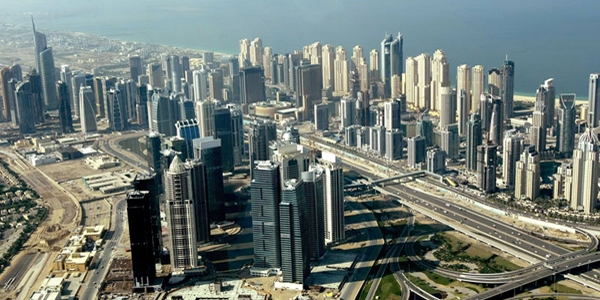 When we talk about skyscrapers and unique architecture around the world, First name comes to our mind is Dubai. Dubai is very well known for tallest skyscrapers in the World and most importantly all of these skyscrapers are masterpieces of architecture for both their designs and technology used to build such amazing structures on sand soil.

Note many people knows that first skyscraper Dubai World Trade Center was built in 1979 which was at that time was the tallest building in whole of Middle-East. After 1999 Dubai started to build more and more large skyscrapers and especially from 2005 onwards construction industry booms with extremely fast pace and now according to Wikipedia in 2012 there were 363 skyscrapers were under construction and 640 active skyscrapers development have been proposed for construction.

Here we are going to mention Top 5 tallest skyscrapers in Dubai. 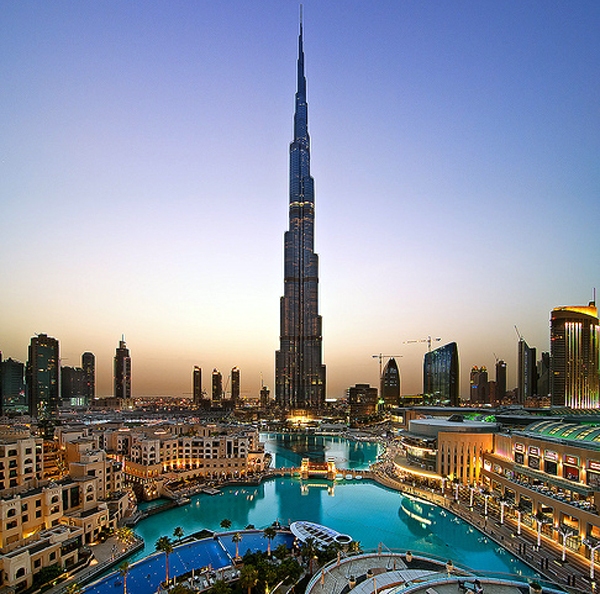 Burj Khalifa (See Burj Khalifa from Inside and Top View Pics) got the title of world’s tallest building and the world’s tallest man-made structure of any kind in 2009-2010. Its construction started in September 2004 and was completed in October 2009 with cost of approx USD $1.5 billions. Burj Khalifa Opening ceremony was held on 4th January 2010 with great style. Burj Khalifa is part of development called Downtown Dubai which includes landmarks like Burj Khalifa, Dubai Mall and famous Dubai Dancing Fountains. Recently Emaar has launched new project of two identical towers called Burj Vista. One tower is 20 stories high and the other is 65 stories. Both the towers consist of 640 apartments. 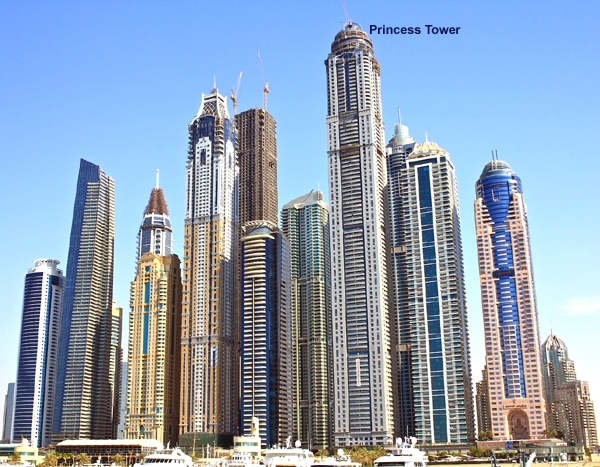 With 101 stories and 414 meter height Princess Towers stood as the world’s tallest residence building. It is the part of Dubai Marina project and has 763 residential units, 957 underground parking bays (spread over 6 floors) and 8 retail outlets. Princess Towers construction began in 2006 and was completed in September 2012. 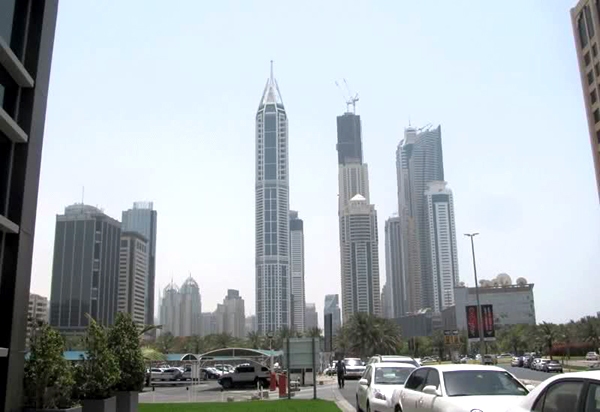 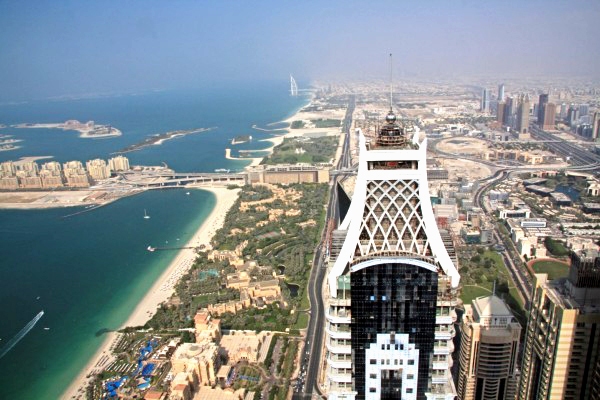 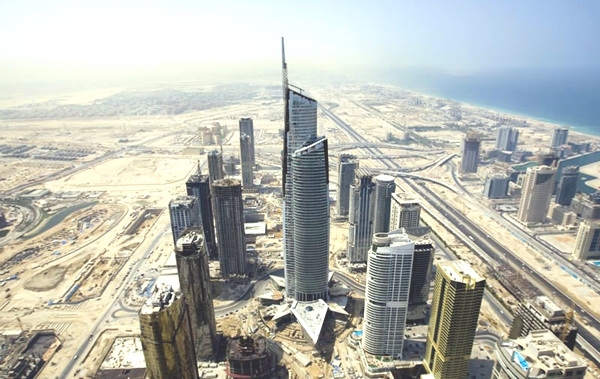 Almas Tower was the tallest building in Dubai before Burj Khalifa and is the tallest office building in city. It is located on its own artificial island in the center of Jumeirah Lakes Towers Free Zone. The Tower’s construction began in 2005 and was completed in 2009. It has 68 stories and standing 360 meters tall. Almas tower ranked 8th in the 2009 Emporis Skyscraper Awards.

It is to be noted very carefully that speed of construction in Dubai is going so fast that even in next 2 years most of these skyscrapers will not be even in remain in top 5 tallest skyscrapers in dubai just like 2 years ago we wrote a post Top 10 Tallest Buildings in Dubai and most of them are not even in the list now. 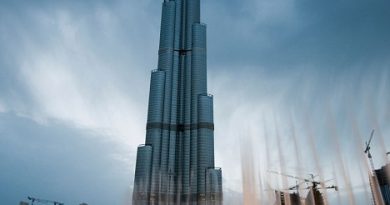 Where even the fountains take your breath away 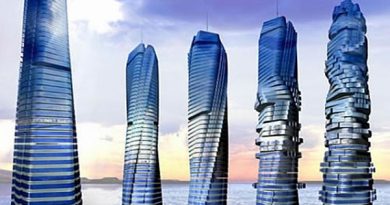 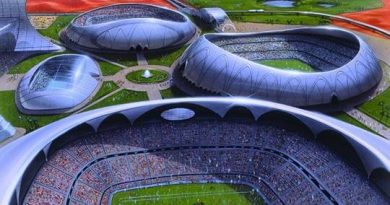