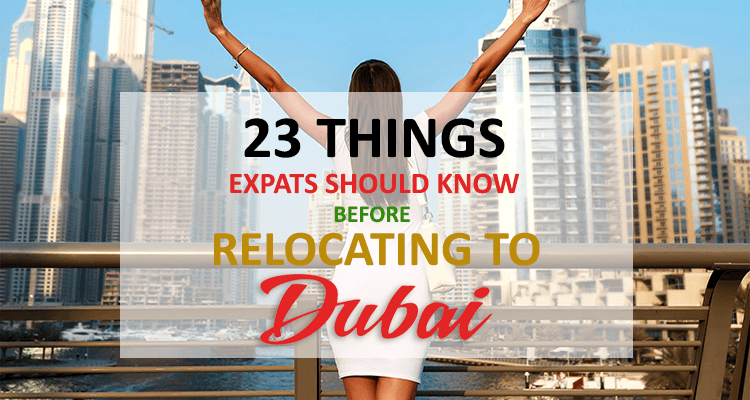 For many, Relocating to Dubai is the dream lifestyle. Thousands of expats every year from around the world gets attracted to Dubai due to luxurious lifestyle, highest paying jobs, Peaceful and tax free environment.

Generally, It is considered that all of Dubai growth is based on Oil. However, This is not the truth. Everyone should understand that Dubai is not an Oil-rich state and its Economy is totally based on Trade. And all of this is possible due to the vision of HRH Sheikh Mohammad Bin Rashid Al-Maktoum, Under his vision and directions many of the landmarks and projects have been constructed.

Also Read: The Ultimate Guide to Must Have Packing List for Dubai

Things Expats Should Know Before Relocating to Dubai 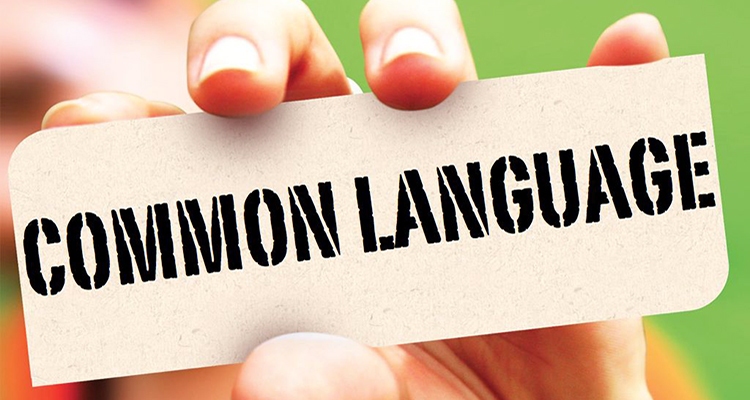 Though Arabic is the official language of Dubai. However, due to a multicultural society, you may don’t have to learn Arabic before relocating to Dubai. So it’s more important that you learn to speak good English instead of Arabic. Even for many days, you may not hear any word of Arabic in Dubai. 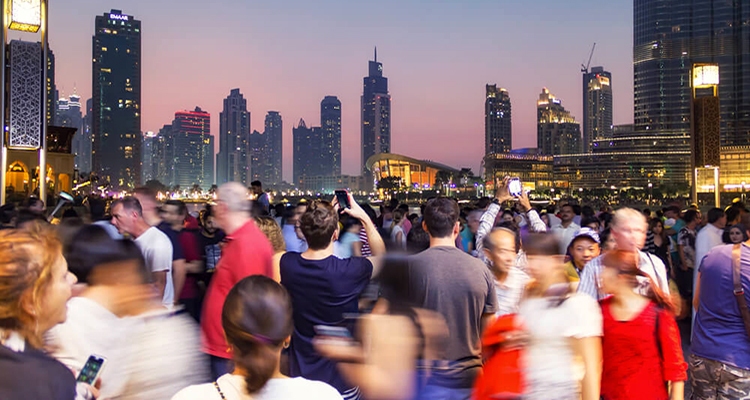 According to the world economic forum (WEO) Dubai is one of the safest cities in the world and is ranked third in the list (Abu Dhabi has now become the most peaceful city in the world). Due to life security, economical activities and best law and order situations, Dubai is the safest and best city to live in the world. 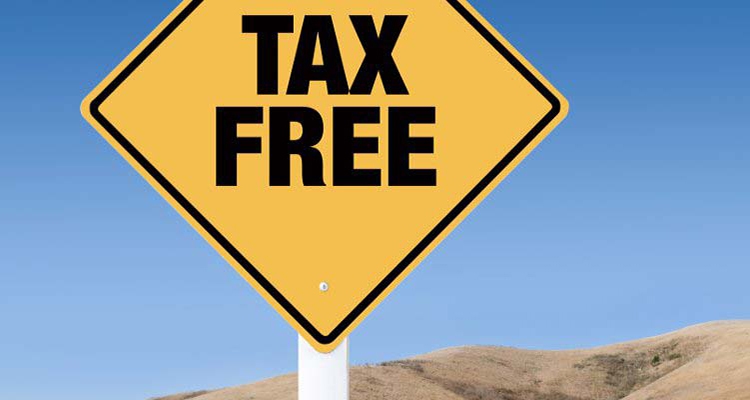 Dubai offers a zero tax environment. With easy business policies and a tax-free environment, Dubai has become one of the most attractive places for expats to relocate and start their businesses. 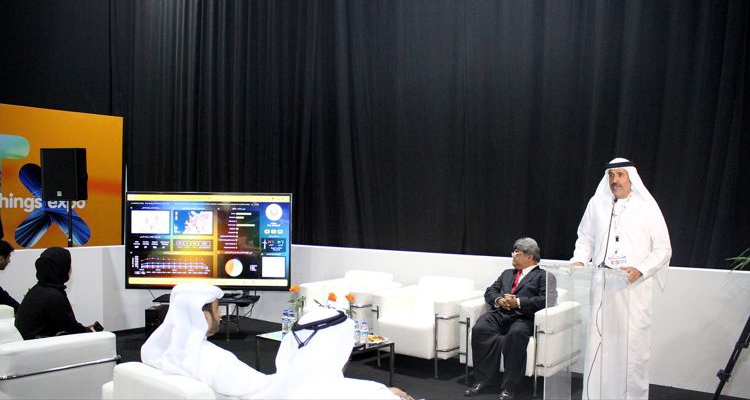 Due to strict laws, Electronic, Print and up to some extend Social media is controlled very much. Twitter and flicker were once blocked (Now unblocked), YouTube is running with many filters. Thousands of websites are blocked in Dubai. It is not a good idea to talk about local politics on the air. Anything against the Royal family, Sex and Politics is strictly prohibited on any Media. 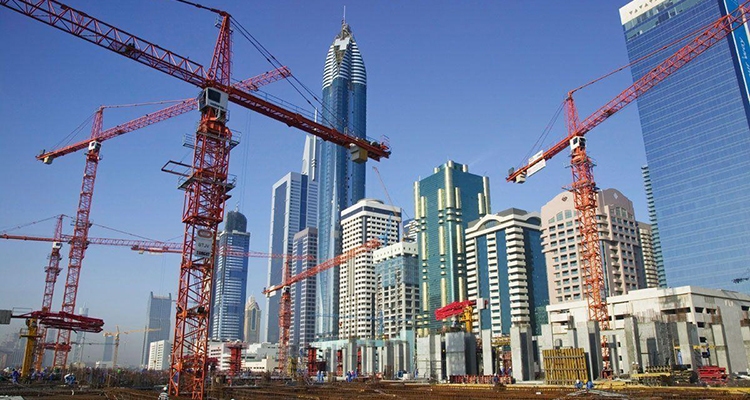 In 1991, There was only one skyscraper in Dubai, The World Trade Center. Now there are more than 200 skyscrapers in Dubai which are more than 100 meters in height. Construction is something that never stops in Dubai. It is an idea that Dubai has 15%-25% of the world’s cranes working in Dubai. Due to extremely high temperatures in summer, the working hours of construction workers changes. They start their work early in the morning even before dawn and halts from 10 am – 4 pm. And then restart till late at night. 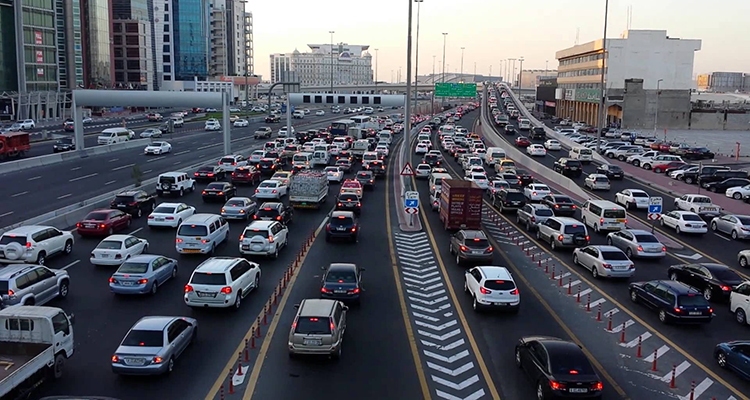 According to the Dubai Roads and Transport Authority (RTA), Vehicle density in Dubai is the highest in the region and one of the highest in the world. There are 540 cars per 1,000 people on Dubai’s roads. The number of cars in Dubai has doubled in the last 8 years. An average annual vehicle increase is 8.2% in Dubai which is also one of the highest in the world. So if you are planning to relocate to Dubai, You must prepare yourself for regular traffic jams, especially in peak hours. Dubai authorities are working hard to encourage people to use more and more public transport for the commute. 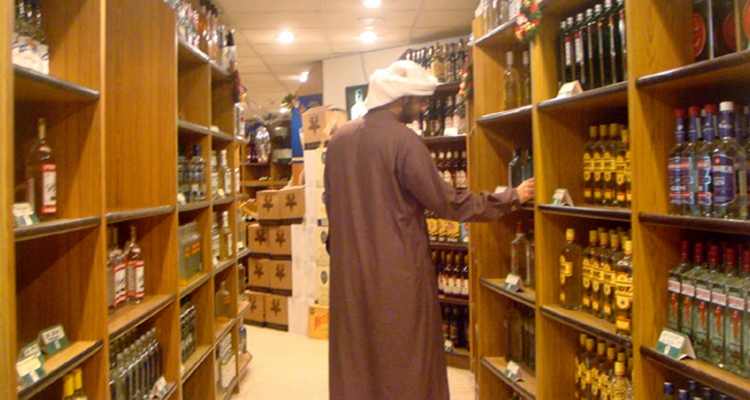 As alcohol is Haram/prohibited in Islam, It is illegal and is a crime to consume alcohol outside or in public places. However, good news is that there are many hotels and restaurants in Dubai with the license to serve alcohol legally. Without a license it is illegal and you could face heavy fines.

Also Read:
The Top 10 Pros and Cons of Living in Dubai 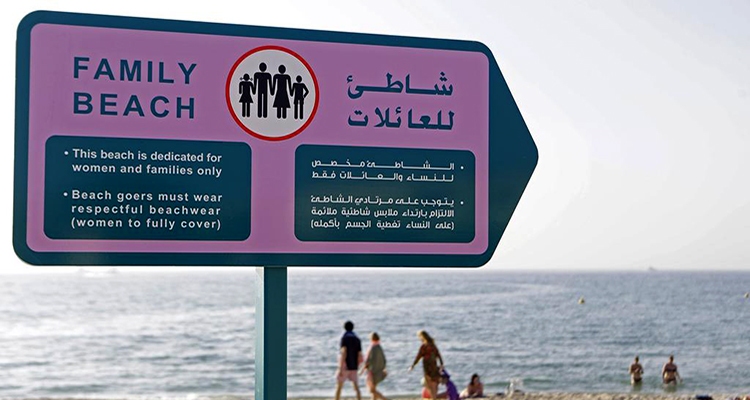 As mentioned above Dubai is one of the safest countries in the world for both genders. But there are still many Women only areas in Dubai. And you should know these before relocating to Dubai. Like Ladies Taxis, Ladies Buses, Metros and Beaches and Hotel Resorts. 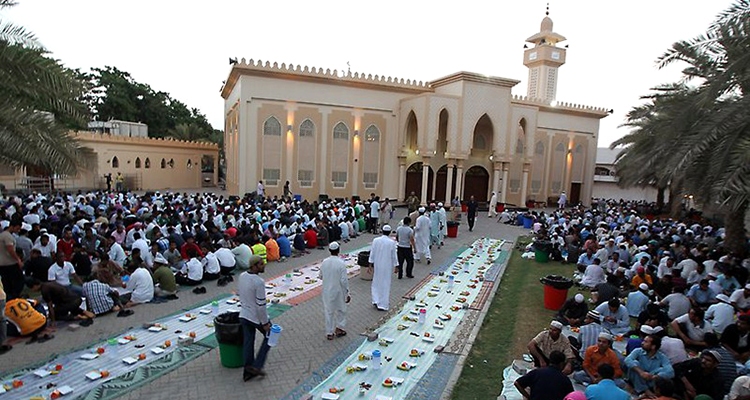 Dubai is an Islamic state. Therefore like any other Islamic country in the world. The holy month of Ramadan is very important and sacred. In Dubai, working hours are lessened to 6hrs and eating/drinking out during the fastening time is prohibited. 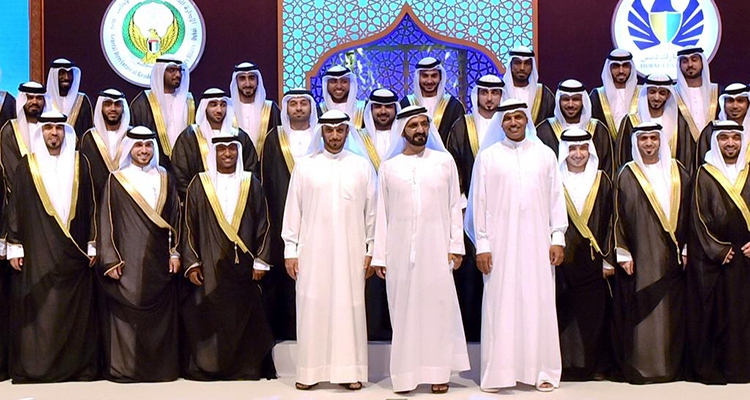 UAE is consists of 7 emirates and each emirate is governed by a President, Prime Minister. Both President and Prime Ministers are elected by the Kings. So mostly they are from their own Royal families. Because of the Kingdom, there are no party politics in the whole UAE. So anything against the government is considered against the Royalties which is strictly prohibited. The current President of Dubai is HRH Sheikh Mohammad Bin Rashid Al-Maktoum.

11. Dubai is not an Oil Rich State 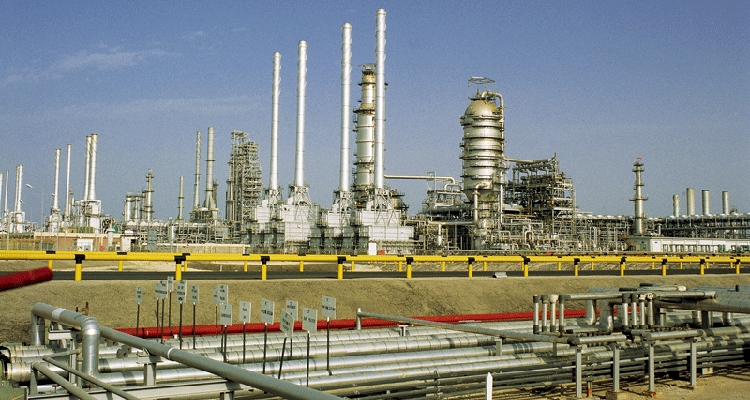 Unlike the general opinion, Dubai economy is not based on Oil. Basically, Dubai is not in rich of Oil. Dubai income is purely based on trade. 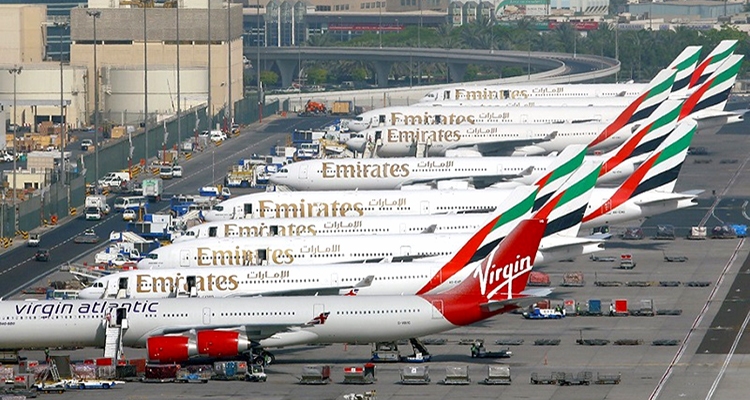 In the last 15 years, Dubai has become the economic hub and tourists more popular destination. Resulting Dubai International Airport has become the busiest airport in the world. Dubai airport is consists of 3 terminals and each of them are as big as a separate airport by themselves. Terminal 3 is for only Emirates Airline. Terminal 1 is for budget airlines and Terminal 2 is for the remaining common transport.

Also Read:
17 Secrets Nobody Tells You About Working in Dubai 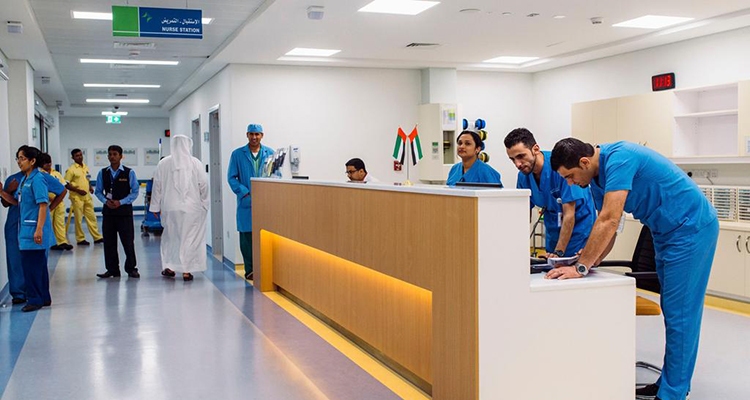 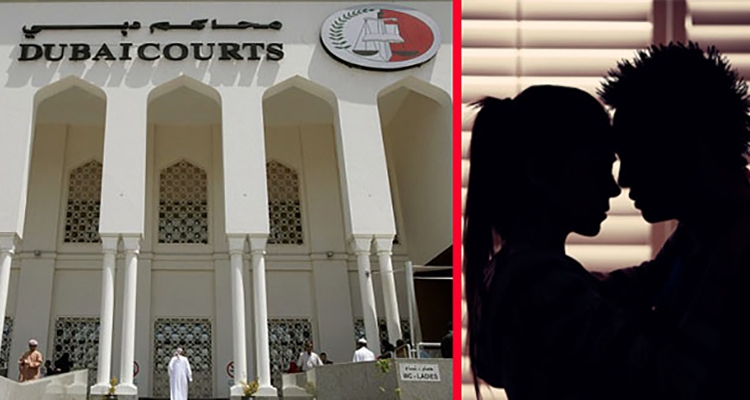 Extra marital relationship in Dubai is strictly not allowed. Any intimate gesture in public like kissing, touching is considered a crime. You many heard many stories in recent years. So be careful and avoid these things in public places. 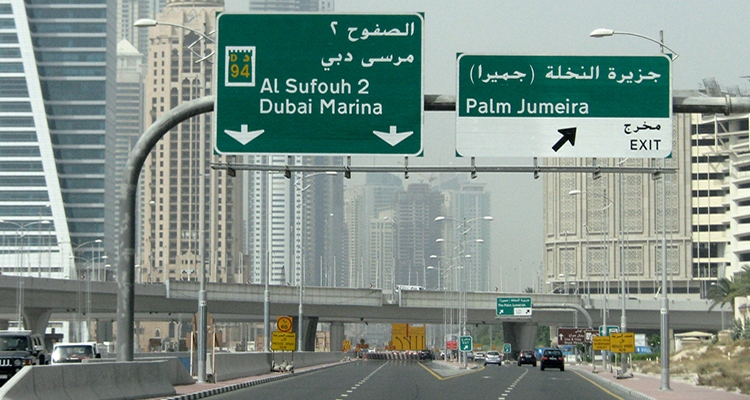 This can be surprising for expat that Dubai does not have any street addresses. Authorities have assigned the postal code to every building, square and road. If you have to go somewhere you must know the PO Box code. Almost 130,000 buildings have been assigned codes and the government is trying to code the whole city. 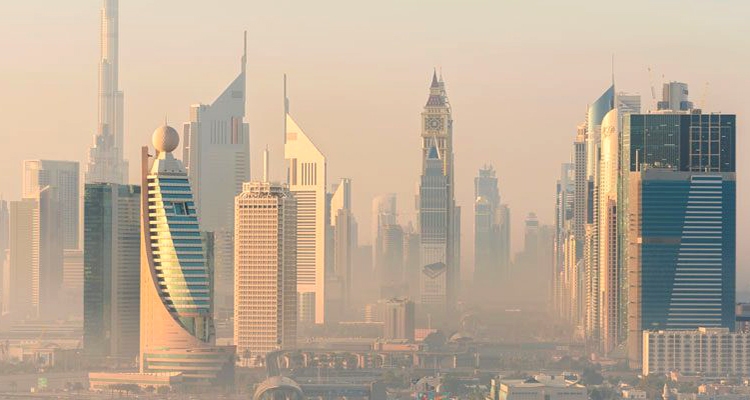 As Dubai is situated on the coastline of the Persian Gulf, its humidity remains high throughout the year. So when there is more humidity there is likely more chance of less rainfall. So its average rainfall is just 3.5 inches almost a year. The rainfall period is very small and irregular. For travelers, the best to travel to Dubai is between November-March when the day time temperature is in 20-30 degree Celsius. 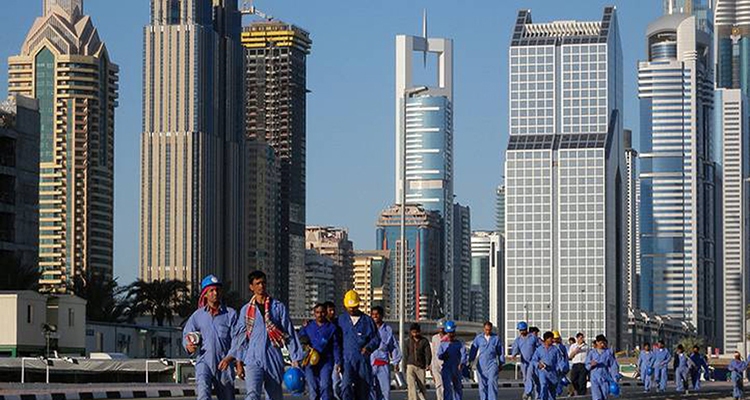 According to a recent survey, Dubai’s population has increased. And of its increased population men are more in numbers. Three out of four are men and one is women. 70% of Dubai population is consist of Men. 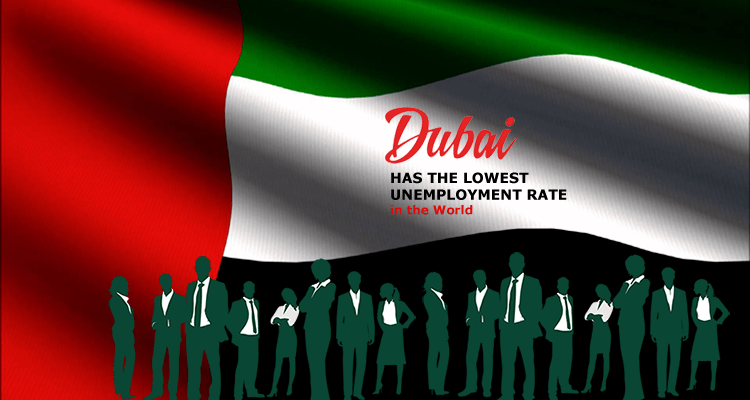 Dubai is an economic hub. There is a large number of development and construction activities are going on. People from all over the world come there for employment commitments. So Dubai comes in the top list of having lowest unemployment rate in the world.

Also Read:
8 Tips to Get Job Easily in Dubai

19. Rent an Apartment is more Economic 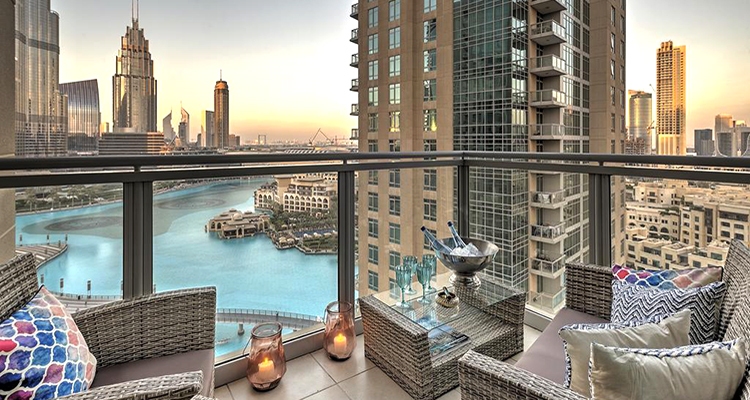 Whenever one moves to another country, cheap accommodation is the number one priority. So if you are relocating to Dubai you should try to get an apartment on rent instead of choosing Villas. You will get less electricity and water bills to compare to Villas. Especially in Summer where temperatures usually rise up to 50 degrees Celsius. Apartments are always double glazed and cooled air is fed to the apartments from large a/c units, generally mounted on the roofs of the buildings.

20. More Liberal than Other Middle-East Countries 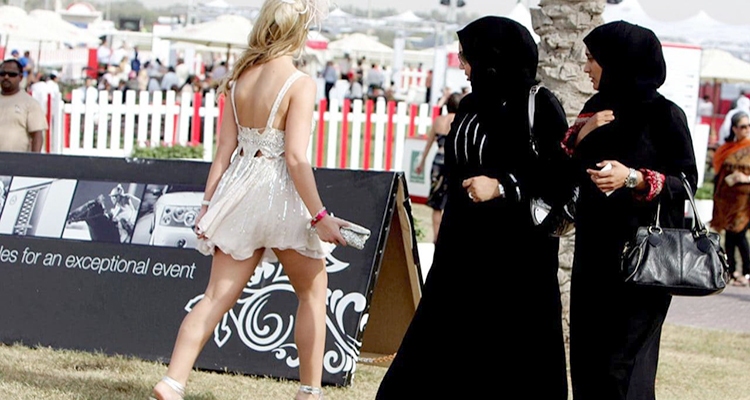 Though Dubai is an Islamic country and has some strict Sharia Laws. But still, Dubai is more liberal than other Middle-East countries. Like you will be served Alcohol in licensed places, There are many nights and Dance clubs in Dubai where you can have a fun night every night. Women can wear anything they want (Just not to wear too many revealing clothes in public places like Bikini in Shopping Mall etc). Here we have mentioned a complete guide to Dubai Dress Code that has everything a tourist/expat needs to know. 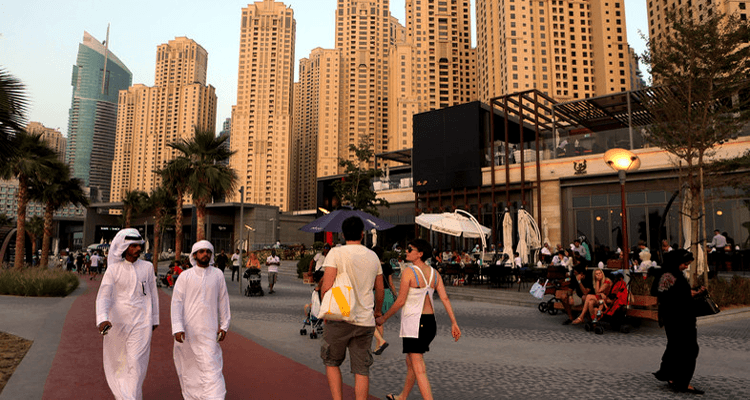 22. The Longest Driver-less Metro in the World 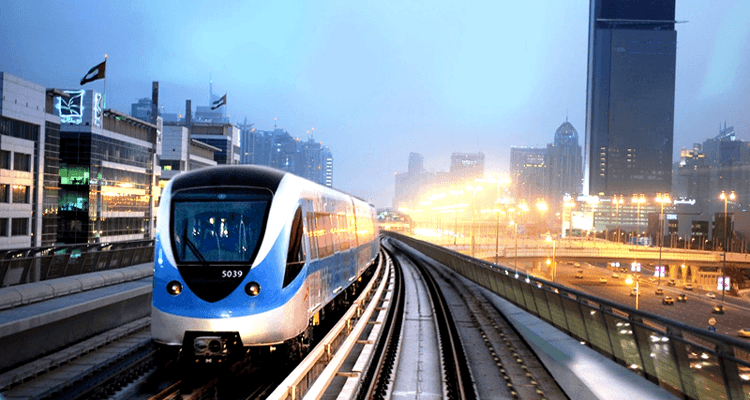 Dubai is one of the metro cities of the world with driverless metro system or computer operated metro is run across the city. It’s Dubai’s longest route to take passengers all across the city. Dubai Metro was the first step to make the City as the smartest city in the world.

23. Highest rate of Population Increase in the World 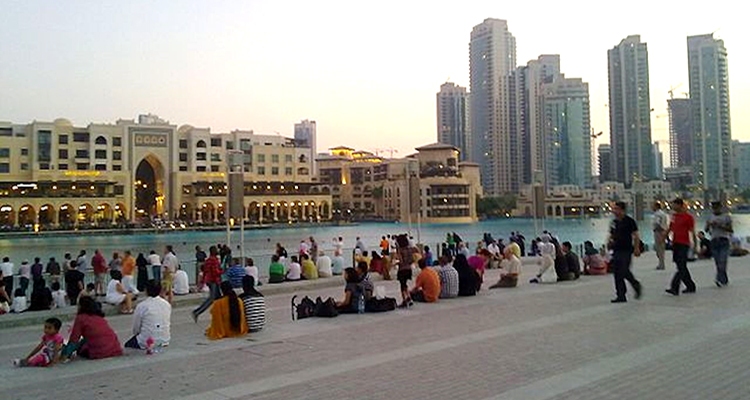 The population of Dubai is in increasing trend. There is a number of factors that are affecting its population growth. One main factor is that expats are constantly shifting in Dubai. Other factors include the large number of facilities it is providing, luxurious living, business opportunities and many others.

Relocating to Dubai is indeed a dream for many of us. If we have missed anything, Please let us know below in the comments. 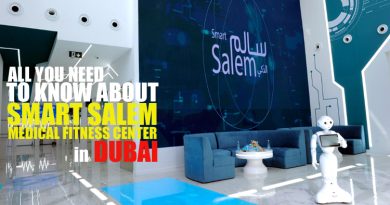 All You Need to Know about Smart Salem Medical Fitness Center

May 11, 2022 Dubai Explorer Comments Off on All You Need to Know about Smart Salem Medical Fitness Center 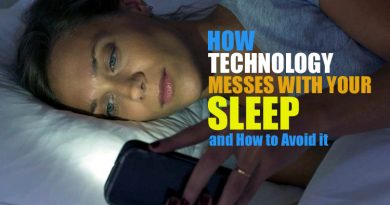 How Technology Messes with Your Sleep and How to Avoid it

August 31, 2021 Dubai Explorer Comments Off on How Technology Messes with Your Sleep and How to Avoid it 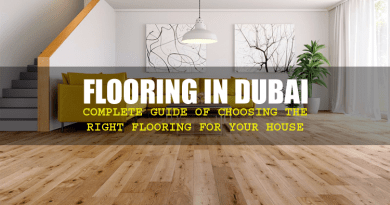 October 12, 2020 Dubai Explorer Comments Off on A Complete Homeowner’s Guide to Finding the Right Flooring in Dubai